New champions to be crowned at 97th NMB River Mile 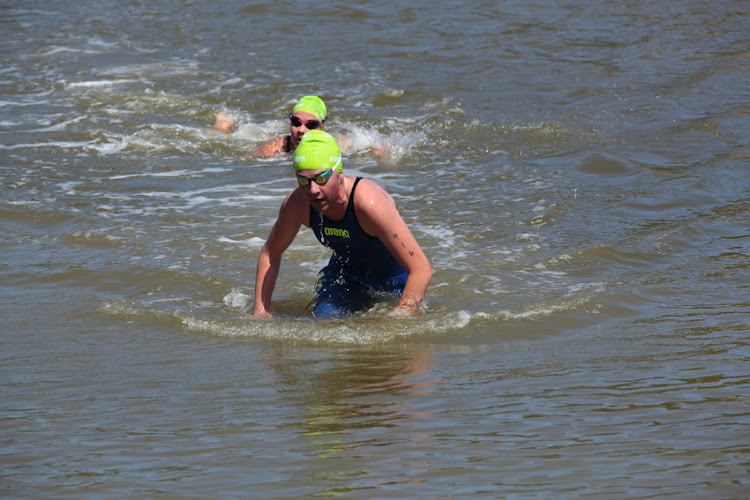 New winners will be crowned after it was confirmed the defending Nelson Mandela Bay River Mile champions would not be part of the 97th edition taking place in Colchester on Sunday.

The 2020 champions, Flippie van der Spuy and Hannah Counihan, will not be defending their men’s and women’s titles at the 2021 edition and that now opens the door for two new swimmers to etch their names in the illustrious race’s history books.

The event, which usually attracts more than 1,000 participants and roughly 3,000 spectators, will be more low key than previously, with a number of additional races not part of this year’s event roster.

Originally set to take place in February, the race was postponed to April and talks about its cancellation started due to a lack of sponsors.

However, aQuelle has come on board as a sponsor for the next three years, Zsports’ Michael Zoetmulder said.

Among the changes to this year’s event, to be contested at the now familiar Cannonville Slipway, is that entries for the men’s and women’s mile races will be capped at 200 entrants.

“Of course, this is not the way we wanted to have it, but with the pandemic in our midst, we had to find a way for the event to go ahead while still ensuring the safety of everyone involved,” Zoetmulder said.

“The event was postponed when the country moved to alert level 3 at the start of 2021.

“With restrictions remaining in place until the end of March, there were serious doubts about the feasibility of the event in the uncertain times.

“With events being postponed and cancelled all around the world, we are extremely grateful to aQuelle for their support and making it possible to host this event.”

Known as Africa’s oldest swim, the River Mile’s hosting in 2021 means the unbroken chain continues as it edges closer to a milestone of 100 years of competition since its inception in 1924, having only missed four years during the 1940s.

“The River Mile has such a rich history, it was very important that we keep that history going,” Zoetmulder  said.

Due to the restrictions placed on the hosting of sporting events as a result of the pandemic, no fans would be allowed at the event, while other protocols such as social distancing, hand-sanitising and mask wearing were compulsory and would be strictly enforced.

Organisers have warned that any breach of these rules could result in disqualification.

The women’s River Mile will start at 1pm, followed by the men’s race at 2pm once all the women have cleared the water and been awarded their medals.

All entry and event information can be found on www.zsports.co.za/river-mile.