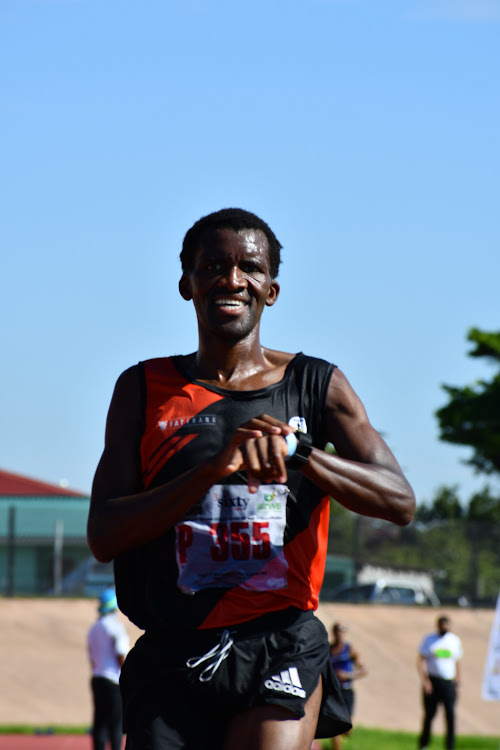 Leading Nelson Mandela Bay athlete Melikhaya Frans won his second consecutive medal in the 5,000m men’s open race in the second edition of the Nelson Mandela Bay Track and Field meeting in scorching weather at the Gelvandale Stadium on Saturday.

The 31-year-old, who runs in Ikhamva Athletics Club colours, was 10 seconds slower this time around, clocking a time of 14 minutes and 26 seconds on Saturday.

In second place was fellow Ikhamva runner Luyanda Tshangana, who crossed the finish line in 14:54.

Andile Motwana, of Nedbank, finished in third position, a hair behind Tshangana.

Ikhamva Club coach Mike Mbambani said he was happy with the performance of all his runners.

“Melikhaya is in good shape, fit and healthy, and his training is going according to plan,” Mbambani said.

“He is busy with high mileage training, so this track race was not competitive but good base running training.”

She was followed by Nedbank Athletics Club runner Ntombesintu Mfunzi (18:04).

Shot put and discus athlete Ischke Senekal, of Kariega, held her first position for the second edition of the track and field series.

This will help to ensure regular participation and stronger competition. Additional prize money for the top five women in the 5,000m and men in the 10,000m at the final event has been allocated.

This weekend’s session will be the third of the five track and field meetings that have been earmarked to prepare athletes for the upcoming national championships.