Pumas look for improvement on All Blacks display for Wallabies Test 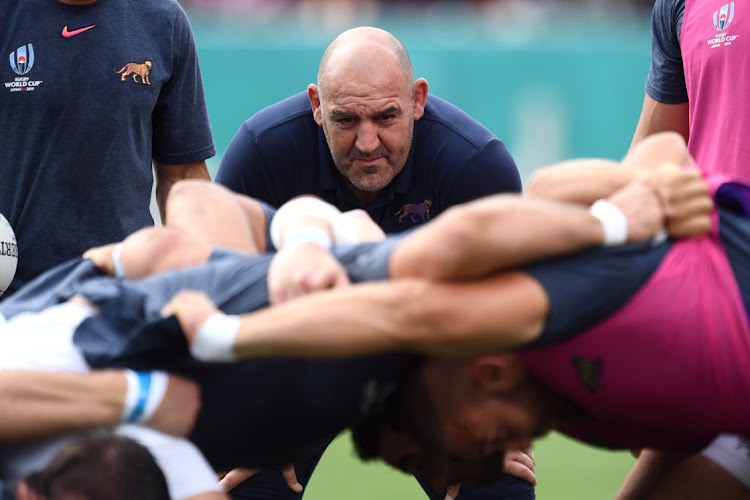 Argentina coach Mario Ledesma believes his players played to the best of their abilities in their breakthrough win over New Zealand last weekend but will still be looking for improvement against Australia in Newcastle on Saturday.

The Pumas sent shock waves around the rugby world with their 25-15 dismantling of the All Blacks in Sydney in their first Test for more than a year but there was no question of resting on their laurels for their second Tri-Nations outing.

“We played to 100% of what we were capable of and some of the boys maybe over 100,” Ledesma said this week as he prepared his team for what he hopes will be a third win over the Wallabies on Australian soil in 17 attempts.

“The most important thing is to have a growth mindset and keep improving not only from day to day but each training (session).

“And I think that's very present in our players and yeah, we want to improve everything.”

Former Wallabies coach Michael Cheika will be in Pumas pale blue on Saturday at Hunter Stadium and will undoubtedly have helped Ledesma run the rule over Dave Rennie's Australia side, who also beat the All Blacks in their last Test.

“I think it's a very balanced team,” Ledesma said.

“It's been a couple of years already where they've had a (good) set-piece — line-out, driving maul, scrum — and obviously offensive threats.

“The threats are coming from many different places and we've got to be spot on with our game plan and our kicking game and control the tempo of the game.”

Key to that will be the kicking of Nicolas Sanchez, who scored all of Argentina's points against the All Blacks and will once again play at flyhalf in an unchanged starting side.

“I hope he scores the same number of points he scored on the weekend,” Ledesma said.

“Nico was validating the work that the whole team was doing. I think the performance has to be collective and that's what we're aiming for.”