Being in contention not winning is Mickelson's Masters goal 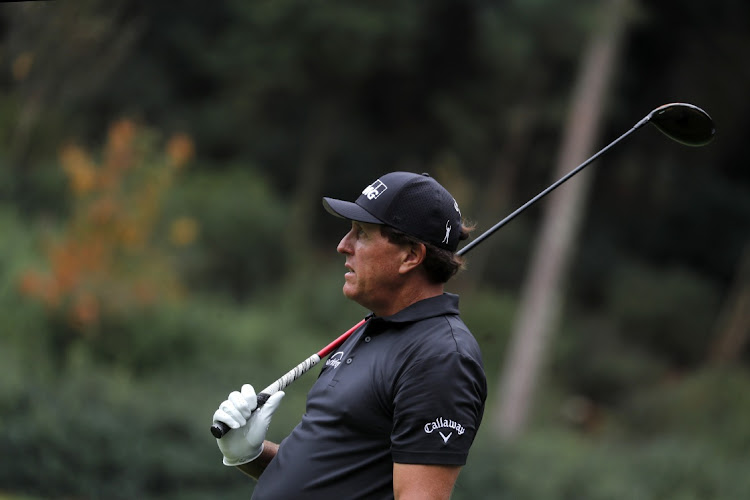 Phil Mickelson of the US watches his tee shot on the 14th hole during a practice round at Augusta National Golf Club on November 10, 2020
Image: MIKE SEGAR / REUTERS

Phil Mickelson no longer comes to Augusta thinking about winning the Masters and would be happy just to be in contention for another Green Jacket, the three-times champion said.

Splitting his time between the PGA and Champions Tours and a decade removed from his last Green Jacket, Mickelson spent as much time during his pre-Masters news conference reliving past glories and speculating about the future as discussing the present.

Playing in his 28th Masters there is certainly plenty to reflect on for the 50-year-old fan favourite, who also took a moment to ponder the idea of one day taking over the ceremonial starter role with long time rival Tiger Woods from Jack Nicklaus and Gary Player.

While Mickelson has found his winning touch on the seniors circuit, winning two events, "Lefty" has not found similar success at the this year's two majors, failing to make the cut at the US Open and finishing in a tie for 71st at the PGA Championship.

Yet form is not always the key barometer when it comes to the Masters where Mickelson has rarely been out of contention.

In 27 Masters appearances he has won three Green Jackets, the same number of times he has missed the cut.

"I like that feeling about this golf course that you don't have to be perfect," said Mickelson. "There's something very spiritual about this place as a golfer, and to have won this tournament means a lot to me.

"I would love nothing more than to have an opportunity to be in contention, and that's my goal.