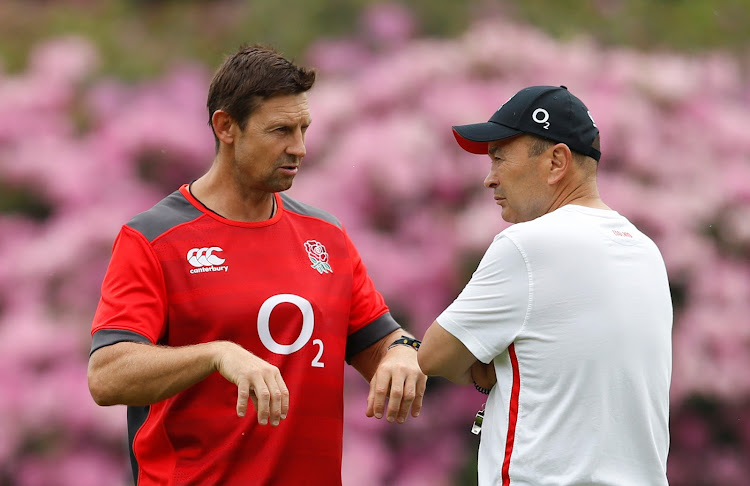 Scott Wisemantel worked with Eddie Jones as the attack coach as England cantered to the 2019 Rugby wORLD Cup in October last year only to lose out to the Springboks of South Africa in the final.
Image: Action Images via Reuters/Andrew Boyers

South Africa, which formed Super Rugby 25 years ago with Australia and New Zealand, voted this week to pull its four major franchises out of the competition and explore expanding their presence in the European Pro14 in a major shift for the game.

"The loss is that you end up with a different style of rugby. They're traditionally a power game," Wisemantel told reporters on a video call.

"What do we gain? I think we gain stronger ties. Within the Australian competition there are very varied styles and I think within New Zealand you will start to see that."

Australia and New Zealand held domestic competitions in lieu of Super Rugby after it was abandoned due to the coronavirus pandemic.

The arrangement appears set to continue in 2021.

The rugby rivals have fallen out in recent months over planning for the game as financial pressures brought by Covid-19 bite.

New Zealand Rugby (NZR) has lashed out at Australia and governing body Sanzaar over the scheduling of the four-nation Rugby Championship, which could see the All Blacks having to spend Christmas in quarantine after the last match on December 12.

Wisemantel said he sympathised with the All Blacks but was focused on preparing the Wallabies for their first Test of the season against the All Blacks on October 11.

"Let the administrators have their little tiff ... and we'll coach footy," he said.

"For the Kiwis I do hope that they get home and can spend Christmas with their families, but that's another one for the administrators to sort out."