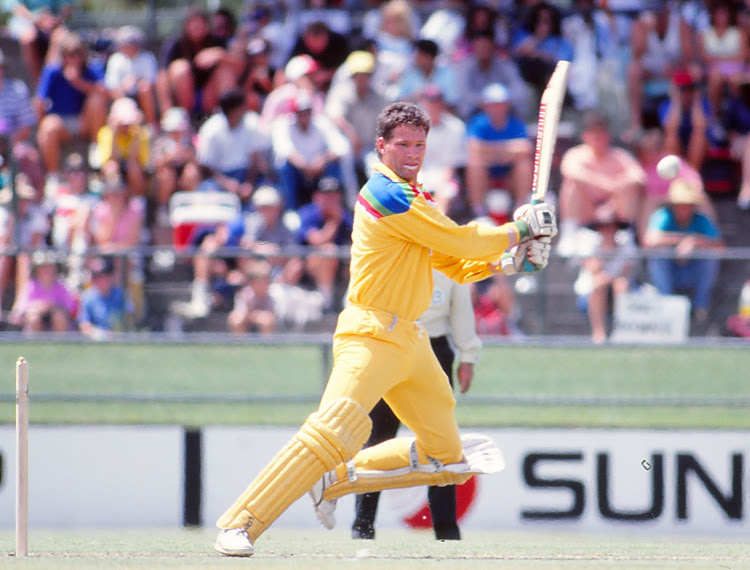 Australian cricket on Friday mourned the death of former batsman Dean Jones as the nation remembered one of its favourite sporting sons, with glowing tributes in local newspapers.

Jones, 59, died from cardiac arrest on Thursday at a hotel in India, where he was working as a cricket pundit for Star India.

“I think the thing we want to say about Deano is he would have wanted us to be here tonight,” Lee said.

“He is an absolute legend.

“Firstly to his family and friends we send our condolences.

“It’s a real tough day for everyone, not only for his close mates ... and the whole cricketing world in general.”

Cricket Australia chairperson Earl Eddings offered condolences to Jones’s family and said the board would also reach out to support Lee.

"[We have to] look out for Brett Lee, how can we support Brett, who was obviously very traumatised by what happened,” Eddings told Australian broadcaster Channel Nine.

Former New Zealand cricketer Scott Styris, who appeared with Lee on “Select Dugout”, where Jones’s seat on the panel was left vacant, said he had seen Jones jogging up and down the corridor of their hotel in the morning before his death.

“When we got up, had breakfast with Deano, I watched him jog up and down the hallway, that was his way of keeping fit,” Styris, who broke down on air, said.

“Who would have thought merely a couple of hours later he had this heart attack.

“Incredibly sad ... We’ve had a lot of friendly banter.”

Melbourne newspaper The Age printed a portrait of Jones on its front page with the headline “Farewell, Deano”.

“His passing will leave the cricket world a lesser and greyer place,” The Age’s sportswriter Greg Baum wrote.

The Daily Telegraph devoted its front page to a picture of a grey-haired Jones holding the Ashes urn.

“The cricket junkie with a million theories, a man whose love of the game was as rich the day he died as it was when he first surged onto the Australian cricket scene as a fearless, debonair new talent in the early 1980s.”

Cricket Australia said it would honour Jones’s memory during the home summer of cricket.

A special tribute is likely to be held at the Melbourne Cricket Ground, where hometown hero Jones was feted by huge crowds in the 1980s and 1990s as he racked up big runs in Test and one-day cricket.

“We will work through the family and Victoria and Australian cricket and work out the most appropriate way to recognise and celebrate his life because he had such an impact,” Eddings said.

“We will work through that over the next few days.

“The most important thing now is to worry about his family.”