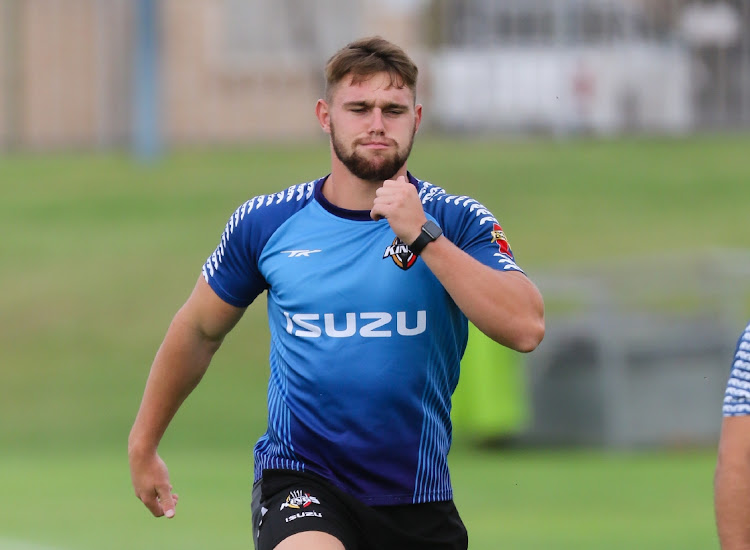 IN DEMAND: The Southern Kings’ talented Tiaan Botes could be snapped up by a French club
Image: Werner Hills

The troubled Southern Kings will continue to lose players and teen star Tiaan Botes is likely to pop up on the radar of French clubs, Kings coach Robbi Kempson has predicted.

With financial problems causing the Kings to pull out of an upcoming SA domestic tournament, promising players are hunting for greener pastures.

“We have already lost the most important player, and one who did have quite an impact on SA rugby in his career, in Elrigh Louw,” Kempson said.

“He did get his opportunity as an U20 player at the Kings and he was a standout throughout our PRO14 season.

“We are going to lose players of Elrigh’s calibre to other SA provinces.

“There is no question of that.

“Apart from SA provinces, even more so to overseas clubs and perhaps in the French league.

“We have a guy like Tiaan Botes, who is only 18 years old and he has a PRO14 cap behind him.

“A French club would certainly have a look at a guy like that to take into their stable.

“It is a concern and a worry.

“Potentially the only candle at the end of the tunnel is most of the squad have been assembled regarding their structures for the Currie Cup and going forward.

“There is always a concern that we will lose athletes who are progressing very nicely into the high-performance environment and that they will in turn get better opportunities elsewhere.

“We have been down this road before and we always seem to be in a rebuilding phase.

“But potentially with the market being as diluted as it is now regarding transfers, that will assist us.”

Apart from the loss of Louw, loose forward Thembelani Bholi has joined Griquas on a loan deal for the Currie Cup.

With the Kings’ future in the Guinness PRO14 in doubt, other players who could be seeking greener pastures are Cameron Wright, Yaw Penxe, Jacques du Toit and Bobby de Wee.

Ironically, Wright joined his new franchise only recently from the Sharks and has yet to play a game for his new club.

Because of the grave financial situation the Kings find themselves in, they are unable to offer contracts to players.

Even before the Kings pulled out of the Currie Cup, utility player Masixole Banda was the first player to head for the exit door and sign for Griquas.

“We are not in a position to offer contracts to anyone,” Kempson said.

“We have not been for much of this year.

“We were never in a position to offer Masixole a contract.”

After a week off, the Kings now are back on the training  field and the idea behind that was to keep the players fit in case they received loan opportunities.

“If they do get opportunities and loans elsewhere, then they will be fit and ready to play rugby, which is vitally important for them.” Kempson said.