Dominic Thiem confident of turning things around for US Open 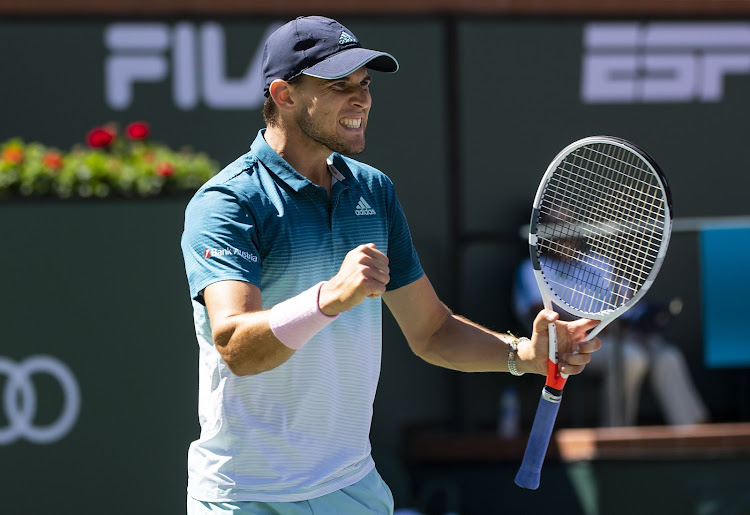 Dominic Thiem had a nightmarish start to his US Open preparations when he was bundled out in his first match of the Western & Southern Open last week but the world number three is confident he can turn things around in time for the Grand Slam.

The Austrian is seeded second at Flushing Meadows in the absence of Rafa Nadal and is expected to pose the strongest challenge for top-ranked Novak Djokovic, who beat Thiem in a five-set thriller in this year's Australian Open final.

Thiem, however, managed to win just three games in his second-round match against Serbia's Filip Krajinovic at the Western & Southern Open after getting a first-round bye.

"Things like that, matches like that, are happening. I didn't have my best day. That's how that result came," the 26-year-old told reporters on Sunday.

"I know about my strength. I know things can change very quickly. Well, I hope that I do better at the Open."

Thiem, who was also a finalist at the last two French Opens, begins his US Open campaign on Tuesday against Spaniard Jaume Munar, whom he beat in Brazil in his last tournament before the circuit was suspended due to the Covid-19 pandemic in March.

Players rarely stick around host cities after an early defeat but with the Western & Southern Open taking place in New York this year due to the pandemic, Thiem had nowhere to go.

"Normally if you lose ... you hop on the plane and go to a different place. It's easier to forget," he said.

"Here you're stuck in the same place for a very long time. So it's not easy to forget the loss, to get your mind on different things. The last days, of course, (I was) practising and preparing for the Open."