Surfers set to show off talents in online contest 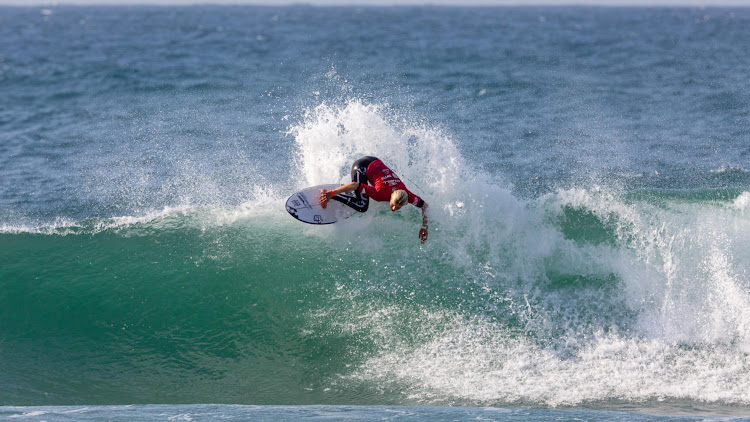 NEW HORIZON: East London’s Zoé Steyn, in action here during the Billabong Pro Junior competition in June last year, will be one of many surfing hopefuls looking to make their mark in the Rip Curl E-Pro Surf Contest starting in August
Image: RYAN JANSSENS/ WSL

Surfing enthusiasts will take on a challenge of a different kind as they gear up for the launch of the South African leg of the Rip Curl E-Pro Online Surf Contest next month.

The groundbreaking new competition format will see wave catchers take their best rides online in a bid to out-strategise their opponents and get their hands on the cash prize.

Open to 48 surfers, the competition, which is the second in the global Surf Web Series (SWS), will see surfers do battle in a virtual world for national bragging rights and a spot at the world finals.

Despite being an online event, strategy will play a key role in the competition, with surfers needing to utilise a new clip for each heat in which they compete.

“This is where strategy comes in because surfers will have to decide when to drop their best clips,”  Jarvis said.

“By allowing each competitor to select his best video clips to use in his respective competitive arsenal, the fans can see the best surfing on the best waves each chosen country has to offer.

“Surfers who have traditionally suffered due to wave selection and the numerous rigours of contest surfing are now able to showcase their talents in a viable competitive format,” he said.

The SWS is a direct response to the challenges facing the sport under the global Covid-19 pandemic with the primary focus of promoting professional surfers, diversifying their economic possibilities while adapting to the new reality.

“It is also a format that opens up the competition to the next crop of rippers, underground surfers and hard-charging unknowns, allowing them to have a chance at contest success and the resultant media exposure,” he said.

An announcement revealing details about the Big Wave Web Series, the Longboard Web Series and the Bodyboard Web Series is imminent as well as information on the women’s divisions, Jarvis said.

Interested surfers need to enter through the event channels, soon to be announced. From these entries, 48 surfers will be chosen by a selection board.

Details of the full tour can be found at surfwebseries.com, as well as the event’s Facebook and Instagram channels.