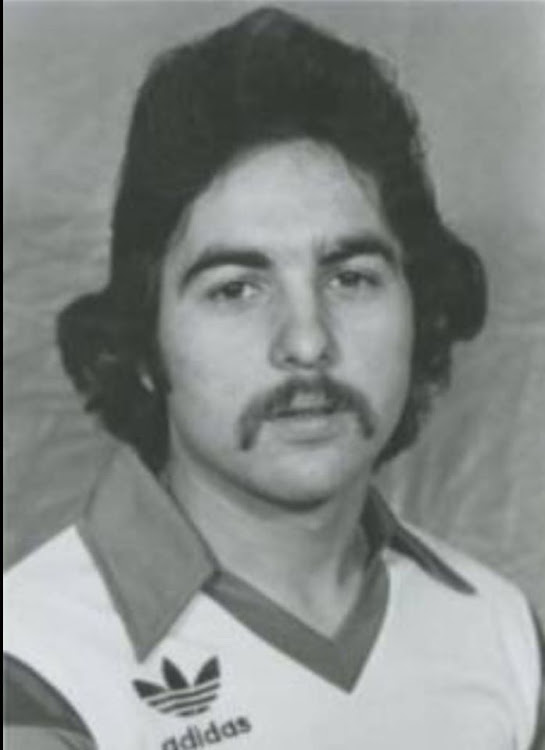 Chelin‚ who played for Arcadia Shepherds‚ Durban United and Durban City in the 1970s and 1980s‚ died on Tuesday after a long battle with leukaemia.

Chelin‚ who also played for the Atlanta Chiefs in the North American Soccer League‚ was recognised as one of the most skilful left midfielders to have graced South African football fields.

He is compared by his supporters to the greats of his time such as Jomo Sono and Pule “Ace” Ntsoelengoe.

Former Bafana Bafana coach Clive Barker‚ who coached Chelin at Durban City when they won the first two editions of the National Soccer League (NSL) in 1985 and 1986‚ said claims that Chelin was one of the best footballers produced in South Africa “aren’t far off”.

“It’s tragic‚” Barker said of the news of Chelin’s death.

“I was very privileged to coach him at an amateur level and a professional level. He helped us win two trophies with Durban City‚ and he had huge ability with that left foot of his.

“Actually‚ somebody spoke to me just now and said he actually used to glide through things. He’s one of the greats‚ by far.

“I wouldn’t pay to watch too many players. But he was one guy I would pay for any time. Him and Bruce Grobbelaar.

“Bruce would have been in goal of course‚ and of course Lawrence Chelin for the ability to go past players.

“He was his own boss out there. He wouldn’t ever want to lose a match. He would want to win everything he could‚ and he had the ability to do it too.

“He was extremely skilful‚ very left-footed‚ loved to get around the 18 area‚ but he wouldn’t go wide‚ he went straight down the middle and he would commit defenders.”

Asked why he thinks Chelin has not been remembered as much as some of the bigger-name legends‚ Barker said: “I’m not sure about that. He was never a loner on the football field.

“He did do his own thing. Sometimes‚ maybe the only criticism was that people said‚ ‘We might as well have two balls on the field‚ one for the team and one for Lawrence’.

“I would think when you look at Mark Tovey‚ Neil Tovey and Lawrence Chelin‚ who all played for us at Durban City‚ Lawrence has his supporters who will always say he was the best player ever produced in South Africa.

“I would think he would go very close to fulfilling that.”

Ex-Hellenic player and coach Colin Gie posted on Facebook recently: “Lawrence and Jomo‚ by far the best white and black South African legends that I ever had the privilege to play with in the same team – both world class in my book.”

Chelin was part of the South Africa team who beat Rhodesia 7-0 at Rand Stadium in 1977‚ and in 1976 played for the first multiracial side assembled when a South Africa Invitational XI beat an Argentina Select XI 5-0‚ also at Rand Stadium‚ Sono scoring four of the goals.