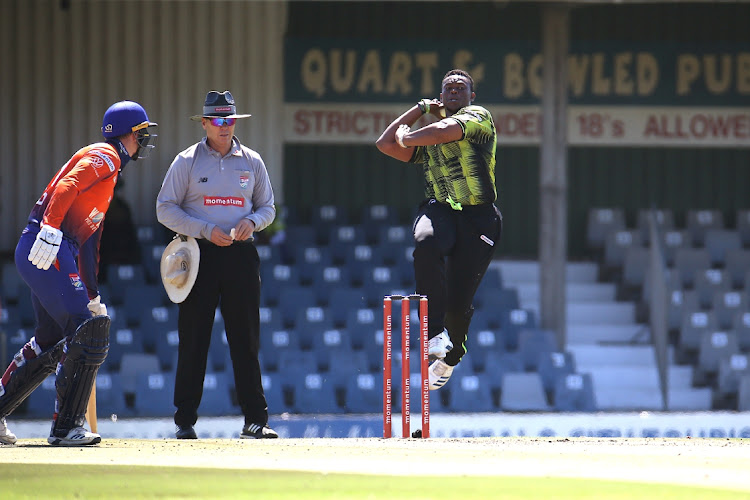 BOWLED OUT: Sisanda Magala looks set to leave the Warriors for the Lions
Image: MARK ANDREWS

The Warriors have had their bowling stocks decimated with Lutho Sipamla and Sisanda Magala joining the Lions next season.

Also, talented all-rounder Onke Nyaku has been snapped up by the Cobras to make it three seamers leaving the Eastern Cape franchise.

Although Warriors management were tight-lipped about the trio’s departure on Monday morning, the Lions confirmed their squad late afternoon.

Add the retirement of stalwart and leading Warriors wicket-taker Andrew Birch to that equation and they have lost a full bowling attack at the drop of a floppy hat.

All three players were contacted by The Herald on Monday and all of them declined to comment.

Warriors general manager Shafiek Abrahams would also not spill the beans when asked on Monday other than to say: “We are still in the process of finalising contracts for next season so to say anything now would be premature.

“I still have to present the list of contracted players to our cricket committee,” Abrahams said.

The former Proteas and Eastern Province off-spinner has no doubt been working around the clock in trying to find worthy replacements at a stage when most franchises have secured their players for the 2020/2021 season.

There has been speculation about Lions all-rounder Wihan Lubbe as well as Knights and Durban Heat leftarm seamer Marco Jansen joining the Warriors for the new season but Abrahams would not confirm this either.

Lubbe was not named in the Lions’ squad released on Monday evening.

The loss of Proteas player Sipamla and another on the fringes of the national team in Magala will have come as a bitter blow for the Warriors.

All three are sons and products of the Eastern Cape.

Magala had been forced to endure much criticism about his weight. But he was solid performer for the Warriors even before the Proteas called him up to a conditioning camp earlier in the year.

And his last performance for the Warriors was a man-of-the-match effort where he took six wickets for 24 runs against the Cobras to help secure his team a semifinal spot.

His accurate bowling at the death often assisted in winning matches for the Warriors.

Sipamla had not played too many matches for both Eastern Province and the Warriors before his talent was noticed by the national selectors.

Although he may not always have been available for the franchise, he is not the calibre of player you want to be losing.

Nyaku produced a number of key performances with both bat and ball for the Warriors and had secured his spot in the side as an all-rounder with a bright future.

With the deadline to provide squads to Cricket SA only next month, it is not expected that the Warriors will name their lineup soon as they attempt to fill the voids.

If Jansen does arrive in the Bay he will join the likes of Glenton Stuurman and experienced Basheer Walters. Anrich Nortje may also be available on the odd occasion when he is not playing for the Proteas.

That came on the eve of the Momentum One-Day Cup semifinals.

Ironically, one of those playoffs would have seen the Warriors playing the Lions in Johannesburg.