Lions turn to wrestling techniques ahead of Super Rugby 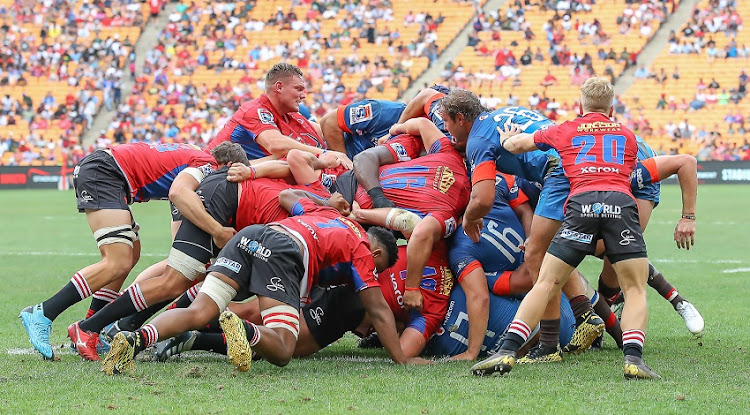 As a team in transition the Lions have much with which to come to grips.

Their workload‚ however‚ now also includes having to master wrestling techniques they hope to use to their advantage in the collisions in Super Rugby.

Former forwards coach Philip Lemmer is the newly installed collisions and rucking coach and as a former wrestler he has been tasked with harnessing the team’s strength and balance in the contact areas. “We saw in the World Cup final there are 20 line-outs and 15 scrums per game.

"That gives you 35 collisions. Individually‚ however‚ in the Rugby World Cup final there were 770 collisions‚” explained Lemmer.

“The ball carrier taking contact is a collision‚ the next guy joining is a collision. In one breakdown there can be four collisions and the question then is how do you prepare your players to dominate collisions?” he revealed the thought process behind their new area of focus.

“It was felt we should merge the wrestling and rugby principles and create something specific and unique.”

Lemmer believes the players have fully embraced the new challenge.

“The last four‚ five weeks they have grown. I’ve picked up things I didn’t know‚" he said.

“We had a session last week that went for an hour and a half and the guys dive tackled each other and we had no injuries. It is due to a combination of technique and confidence. In the past we used to touch on the subject but no-one drove that process.”

The one commodity coaches simply don’t have enough of is time‚ but Lemmer explained how he has gone about preaching his doctrine.

“The guys are quite excited about it. Anything is easy when there is excitement about its implementation‚” said Lemmer.

“We are always so focused on wanting to use power‚ run over people or knock them back in the tackle that we lose sight of what we want to control. Everything you do you have to try and control. That’s also how injuries occur.”

Apart from the players widening their repertoire it has given Lemmer raison d’etre.

“My heart and passion has been on the wrestling carpet and now I feel I add more value.”