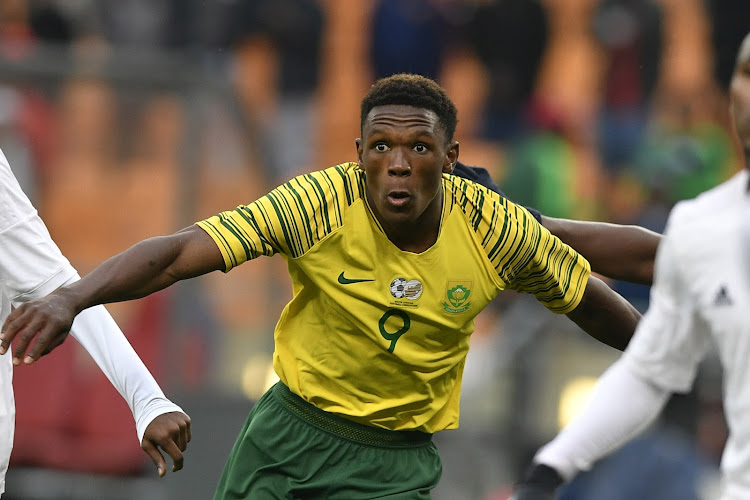 Bafana Bafana’s overseas contingent, notably big French-based striker Lebo Mothiba, have hit form at the right time ahead of their Africa Cup of Nations (Afcon) qualifiers against Ghana and Sudan this week.

Bafana leave on Monday night to kick off their Cameroon 2021 qualifying campaign against Ghana in Cape Coast on Thursday evening, then return to meet Sudan at Orlando Stadium, Soweto, on Sunday.

Mothiba ended his long-barren run for French Ligue 1 side Strasbourg when he scored two goals in their 4-1 victory over Nimes on Saturday.

His first was a neat finish on the volley with his right foot, his second a tap-in at the back post with his left, showing the rarest of abilities in South African football, a truly two-footed striker.

Those were his first goals of the season for Strasbourg, having not netted since he converted a penalty in a 1-0 win over Nantes at the end of May. His previous goal from open play came in a 2-2 draw with Nimes in March.

“Mothiba has started to regain his freshness and scored two real strikers’ goals,” Strasbourg coach Thierry Laurey said, having a few weeks ago admitted that the Bafana forward was suffering from fatigue after the Afcon finals in Egypt in June and July.

Another Bafana player also netted for the first time this season. Midfielder Kamohelo Mokotjo scored for his English championship side Brentford in their 3-0 win over Wigan Athletic.

It was his first goal since February and relief for a player who many think has more goals in his locker.

Bongani Zungu made a first league start for French Ligue 1 side Amiens in six weeks after his return from injury, but they let a lead slip and went down 3-1 to Stade Rennes.

Percy Tau came off after 55 minutes for Club Brugge in Belgium, as they also let a lead slip to lose 2-1 to Antwerp, their first league loss of the season.

Lebogang Phiri played for Ligue 2 Guingamp in their 1-1 draw with Ajaccio and continues to be a key man in their bid for promotion.