'We want to win the Rugby Championships' - Rassie Erasmus 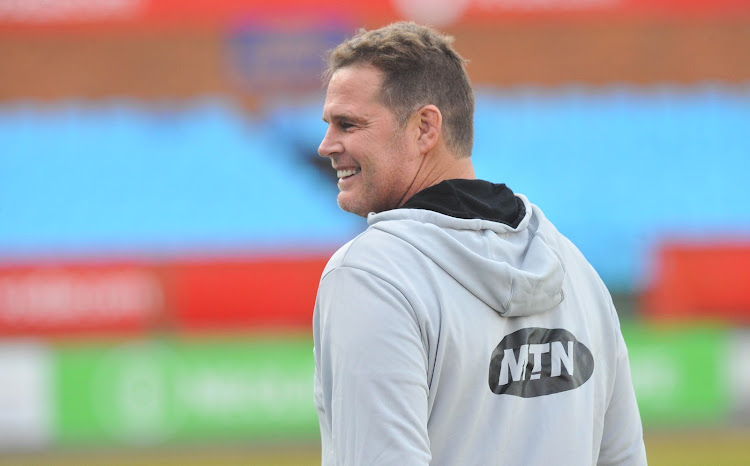 With Saturday's opening Rugby Championship game against Australia looming‚ Springbok coach Johan “Rassie” Erasmus already has an idea of what his team will look like.

Erasmus smartly avoided giving away his starting personnel at Ellis Park but said winning the Rugby Championship remains a priority.

It's a tough one considering that the Rugby World Cup is the bigger and ultimately better carrot‚ but for Erasmus‚ it's a case of getting things to fall into place before the tournament starts instead of hoping for the best.

“The idea is to win the Rugby Championship for the first time in 10 years‚ build confidence and go into the World Cup with confidence.

"That's prize number one‚ but with that‚ there's some logistical issue that need to be dealt with‚” Erasmus said.

“We only play one Rugby Championship game at home with two away. There's the acclimatising for the various games but we'll try to win both games.”

The draw hasn't been kind to the Springboks‚ with their game next week followed by a trip to the Westpac Stadium in Wellington to face the All Blacks.

They'll also have to skip across the Atlantic Ocean to face Argentina in Salta on August 10.

That's made Erasmus's chance of getting his team in good working order tough‚ especially with how he'll have to juggle his playing resources in the tournament.

There's also the return game against Argentina at Loftus Versfeld on August 17‚ but that game isn't a Rugby Championship fixture.

However‚ it's clear that Erasmus will roll with the punches in order to achieve what he's set out to do before the World Cup.

“If it was a case of playing New Zealand first away then go to Argentina or if the draw was a little bit different and had two home games‚ we'd be in a position of picking the best possible team.

"The draw has worked out that way and we have to split the resources in the best way possible‚” Erasmus said.

“However‚ we've got the chance to test some fringe players.

"We want to win the Rugby Championships to have a nice springboard and plan better.”

While Erasmus's plans for the Rugby Championship hinge heavily on what will transpire on July 20‚ he has an idea of who his best players are and how he'll assign them during the three matches.

The New Zealand game has come across as a crucial one as the teams will again meet in Yokohama on September 21 in their World Cup opener.

"Those players will probably go to New Zealand and you'll see on Wednesday when the team is picked‚” Erasmus said.

“I'm pretty comfortable even though I know Australia will pick their first choice team against us.

"That in a way isn't a catch 22 but if they pick their first choice team‚ and we've got 15 guys in New Zealand‚ and we beat them with a mixed-up team‚ that'll be a bigger boost for us.

"Post the Australia game‚ the coaches plus eight reserves will fly out on Saturday evening with the rest of the squad following on Sunday.”