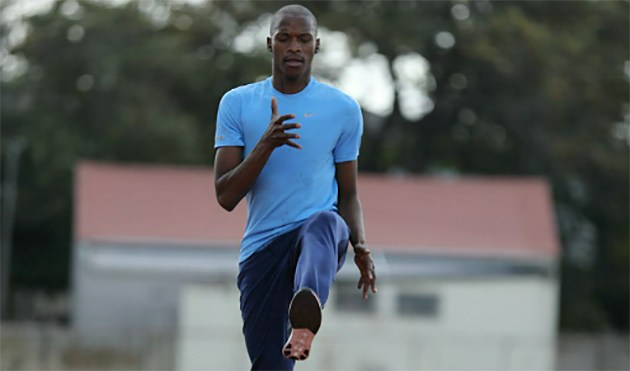 Luvo Manyonga starred for the six-strong SA contingent at the FBK Games in Hengelo‚ the Netherlands‚ on Sunday‚ as he won a long-jump shoot-out competition.

All competitors had three jumps to start‚ but then the top eight went head-to-head in four quarterfinals with one jump each.

From there the four victors advanced to the semifinals and the top two to the final‚ also decided by single leaps.

Manyonga won overall‚ credited with a best jump of 8.35m‚ which equalled his personal best from the SA championships in Germiston in April.

Olympic champion Jeff Henderson of the US (8.08) was fourth and Ruswahl Samaai‚ the other South African in the field‚ was seventh (7.90).

Antonio Alkana‚ fresh from his third place at the Rome Diamond League last week‚ was the only other South African to make the podium on the day‚ taking second place in the 110m hurdles in 13.41sec behind Spain’s Orlando Ortega (13.27).