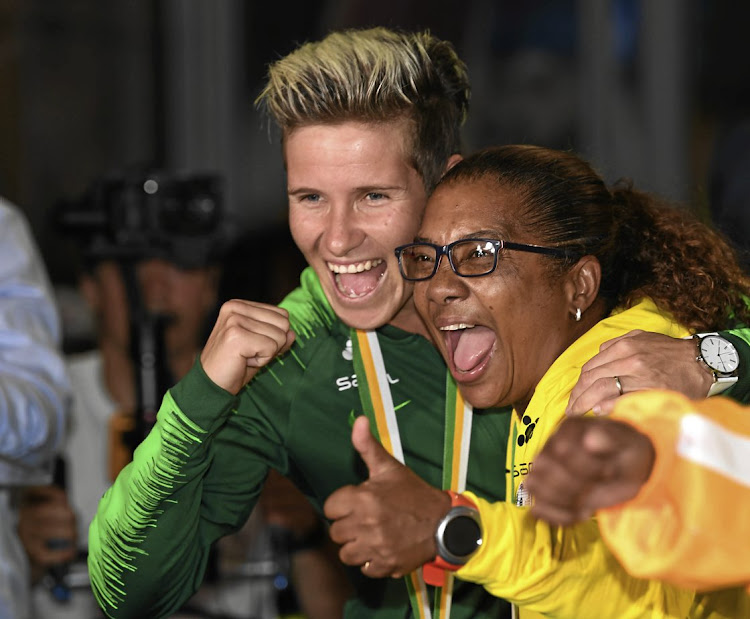 The South African women’s team are on the back foot after losing 3-1 to Spain in their opening encounter on Saturday.

Another defeat this week could see Banyana’s journey in the competition cut short.

Defender Van Wyk said beating China would give the team a lifeline in terms of progress to the next round of the global showpiece.

“The China match is a do-or-die for us. We have a very important task ahead of us against China,” Van Wyk said. “Against Spain we had them in the first half. We thought we have 45 minutes to hold them but things got really tough.

“With China losing their opening game against Germany, I think it’s going to be a tough battle for us. They are going to come out harder than they did in their first game.

“We need to try and hold them. We will have a set game plan that hopefully will benefit us more. But it’s an important game for us to see whether or not we will be making it through to the next round.”

Van Wyk gave credit to China despite losing to Germany on Saturday. She said Germany is known to be a tough side to beat and for the Steel Roses to lose only 1-0 against a team of such calibre underlines that they mean business.

“China are a quality team, a team that can run for 90 minutes. We need to be conscious in what we do in our defending, but also in attack . . . to not leave a lot of space for them to play.

“If we can close the gaps and stay compact when they have the ball, it will close a lot of space for them which will benefit us.”

Van Wyk said the Spanish loss had been hard to take but said there were positives to be taken like scoring their first World Cup goal.

“We knew that Spain was going to be very tough. We managed to hold them up until the penalty. After that decision things started changing. The red card changed the game completely with going one man down.

“That is what killed us in the second half. Unfortunately, we have to learn from that. I feel it was a positive performance by the team. We really gave our all but now we need to focus on the next one.”