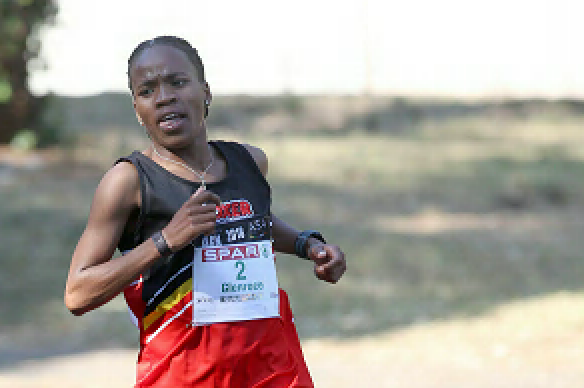 The 2018 SPAR Grand Prix winner Glenrose Xaba will be going into the first 10km race of the 2019 SPAR Grand Prix series in Port Elizabeth on Saturday 4 May as one of the favourites.
Image: Reg Caldecott/Gallo Images

The 2019 SPAR Women’s 10km Challenge Series kicks off in Port Elizabeth on Saturday with what promises to be the most competitive race in the history of the competition.

It will be the 13th year of the SPAR Grand Prix, which was created to offer elite runners the extra incentive of large cash prizes as well as the chance to post world-class times on fast courses.

With one exception, all previous Grand Prix winners, including the defending champion, Glenrose Xaba, and the 2017 champion, Kesa Moletsane (Murray & Roberts), will be taking part.

Another competitor who is expected to put up a big challenge on the flat Port Elizabeth route is Nolene Conrad, who is ranked one of the top three SA marathon runners.

The sensational Namibian runner, Helalia Johannes, will make her debut in the race.

Johannes, who won the Two Oceans half-marathon in record time, boasts a brilliant marathon time of two hours 22 minutes, and must be seen as favourite to win on Saturday.

Xaba (Boxer) will be one of the favourites.

“The winning time depends very much on the weather, but if the conditions are clear and wind-free, I would not be surprised to see a time close to, or even below, 32 minutes,” Laxton said.

The race is not just about the elite runners – thousands of women will take to the streets of Port Elizabeth on Saturday, competing in either the 10km Challenge or the 5km Fun Run.

Late entries will be accepted at Pollok Beach on Thursday and Friday from 9am to 6pm and on Saturday from 5.30am.