Cricket SA on collision course with players over austerity measures 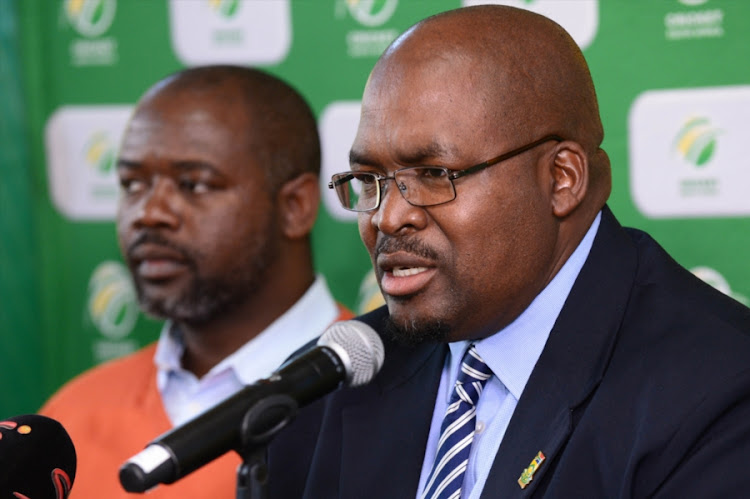 Cricket South Africa’s (CSA) austerity measures have put them on a collision course with the players.

CSA said on Saturday that their board had approved management’s response to their mandate to “review its financial model in order to recover historical losses that have been accumulated since 2011”.

The plan includes the dismantling of the six-team franchise system and a return to‚ reportedly‚ a 12-team version of the provincial model it succeeded in 2004-05.

But it seems the process of arriving at decisions like that did not involve‚ to a significant level‚ the views of the players.

“CSA has not properly consulted with the players’ association either on the actual financial position or on any restructuring of the domestic structure‚” Tony Irish‚ the chief executive of the South African Cricketers’ Association (SACA)‚ said.

If true‚ that would constitute a breach of the memorandum of understanding between the board and the players.

“CSA and SACA are parties to an MOU which requires actual agreement to any domestic restructure and the player contracts under that structure‚” Irish said.

“That has not happened.”

Asked if that was the case‚ a CSA spokesperson said on Sunday‚ “SACA have been consulted and CSA intends on meeting with the player executive so we can go through the changes with them.”

If the looming impasse is not resolved‚ CSA could find themselves in a legal dispute with SACA‚ which could result in a player strike.

That could be taking place in another sense already‚ what with the ebbing away of some of South Africa’s best talent — who have signed Kolpak contracts to play for counties and are thus lost to the national cause.

Their decisions to do so could be seen as a response to the game’s struggle to stay afloat as a profession in South Africa‚ worries over job “security” have been voiced by more than one of the departing players.

Those concerns wouldn’t have been eased by CSA chief executive Thabang Moroe telling parliament in October that the organisation expected to lose R654-million in the four-year cycle that ends in 2022.

In a release on Saturday‚ CSA highlighted their “candid recognition of the reality that CSA has experienced a considerable reduction in FTP [future tours programme] content and dwindling broadcast numbers over the years‚ as well as an unstable sponsorship focus globally”.

The release further said that “CSA management has consulted with relevant stakeholders and solicited input from varied professionals to arrive at a solid plan that will ensure that the fortunes of cricket and its legacy are enriched”.

CSA president and board chair Chris Nenzani was quoted as saying‚ “In order to respond to the changing market forces and declining revenue-generation landscape we had to design a cogent four-year recovery plan that would ensure that we break-even and accumulate profit while refining our operating model.

“What is important is the reassurance from the CSA bank balance figures that it is a solvent concern‚ has sufficient cash reserves and that it is able to continue its operations unhindered. It is‚ however‚ our responsibility to ensure that we design sustainable models that should effectively and efficiently increase our fiscal standing at minimal input costs. Thus‚ I am confident that CSA management’s recovery plan is sound‚ sustainable and in the best interests of all in cricket.”

One insider saw things differently: “CSA are in deep financial trouble. People have tried to get to the bottom of it and they just won’t say how much trouble they’re really in.”