Benni McCarthy shifts aim to the league title for Citizens 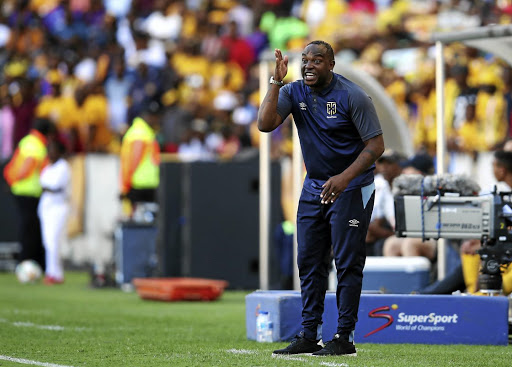 Following their elimination from the Nedbank Cup, Cape Town City coach Benni McCarthy will be plotting a dramatic smash and grab of the Absa Premiership.

The Citizens were knocked out of the cup competition after a 2-0 loss to Kaizer Chiefs at Mbombela Stadium at the weekend.

They were looking to add to their trophy cabinet which already has the MTN8 title this season.

City now turn their attention to the league race where they lie fourth with 40 points and six games still left to play.

"Whenever we turn up and play the way we play it's exceptionally difficult for any team to stop us," McCarthy said.

"We can't let this game [Chiefs loss] determine how the rest of our season ends. We shake it off and it's back to training to prepare for Golden Arrows.

"In the league we are still sitting nicely for all four teams. We can't surrender now."

A snatch of the title would be fitting to the team's unbelievable campaign where they have become synonymous with grabbing late wins.

They did it against Bidvest Wits (3-2) and Mamelodi Sundowns (2-1) in the past few weeks. They also did the same against Bloemfontein Celtic (3-2) in December.

The Mother City outfit will play away in their next two games to Arrows on Saturday and Celtic next week.

With City not so far from the top, McCarthy has urged his players to continue with their solid run.

"Sometimes this can have a negative effect because last season I experienced it. It would be a shame if these boys surrendered what they have worked so hard for.

"We would be throwing away a whole season of work and because of a performance against Chiefs."