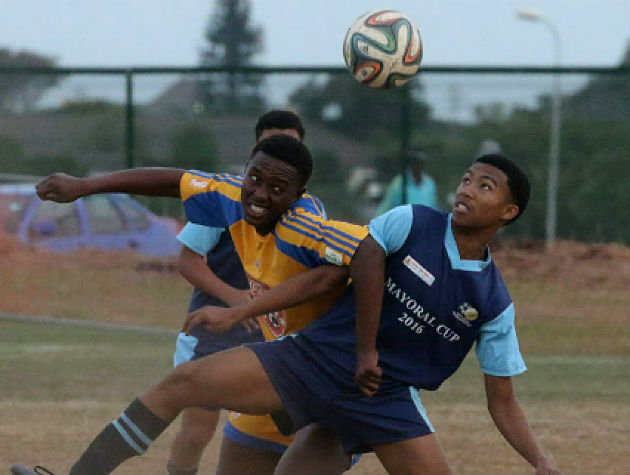 Eight teams are going  head to head in a titanic football battle as the 2018 Hotspurs Football Club Night Series Tournament  kicked off at the Moore Dyke Sports Fields yesterday.

The annual event, now in its 18th year,  features two divisions –  under 18 and under 14  –  the latter being introduced  for the first time.

Club chairman Patrick Noah said the tournament, which was first held in 2000, was aimed at keeping the youth engaged in healthy, fun activities and off the streets.

Teams will be divided into two groups with each team playing three games in the round-robin stages until tomorrow.

Thereafter, the top two teams in each group advance to the knockout round, which begins on Thursday.

The final and third-place match are both set for Friday.

“We found the need to have something to keep our children occupied during the school holidays,” Noah said.

“Previously, we have held it in the first week of the September holidays, but due to other tournaments being held over the same period, we were forced to move our tournament to this month, so we don’t clash with the other events.”

Noah said clubs were  invited  to participate, and he hoped that  the tournament would  grow in size in  the years to come.

“This is the first time that the U14 division is introduced, so there are no titles on offer for those divisions, although winning the tournament would  earn them bragging rights,” he said.

All games in the round robin stages  kick off from 4pm, and will alternate between  U14 and U18 fixtures.