EUSEBIUS MCKAISER | Not an Oscar- winning performance by the ANC 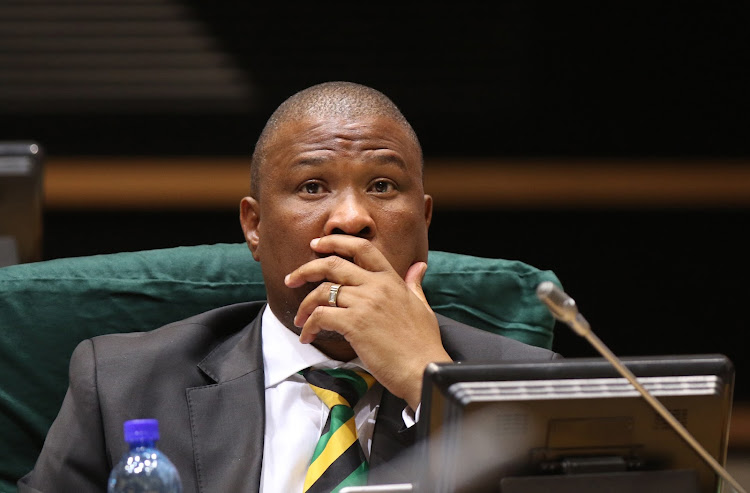 Lunch was served at midnight at the ANC’s Eastern Cape elective conference on Sunday evening. That is more than can be said for tens of thousands of residents of the Eastern Cape who go to bed on an empty stomach every single day, an inhumane reality worsened by the Covid-19 pandemic.

While ANC comrades sang and danced, in off-key factional stand-offs, vying to get into positions of power to be able to eat at the provincial trough perpetually, governance in the Eastern Cape remains ruinous.

This is why the leadership battles within the ANC are so difficult to care for. They make no tangible difference to the lives of South Africans. Oscar Mabuyane’s re-election as ANC provincial chairperson is an endorsement of ineffectual ANC leadership.

Not that, of course, his political opponents had any fresh ideas for how to get the province out of the developmental mess it finds itself in.  Do you recall Babalo Madikizela passionately speaking about water insecurity in the Eastern Cape and how, for example, to stave off day zero in Nelson Mandela Bay?

I feel compelled, as an analyst, to keep on top of the detail of our politics, which in turn demands an understanding of what happens at a micro level of the ANC behemoth.

However, that instinct is in tension with the brute and brutal facts about life in the Eastern Cape, my beloved home province where I grew up and where my family still lives. Unemployment in the Eastern Cape is above 50% if we include, as we always should, discouraged work-seekers in our count. There is no real economic growth in the Eastern Cape to give one hope that these hellish macroeconomic statistics will change any time soon.

In fact, any time you spend in the province is like gathering qualitative data to overlay the numbers with a kind of experiential nightmare of what the cold numbers do not completely capture.

There is no real economic growth in the Eastern Cape to give one hope that these hellish macro-economic statistics will change anytime soon.

If you want to fool yourself, and play a game of optimism confirmation bias, let’s call it, then you can curate scenes from certain parts of Port Alfred and the Garden Route, maybe even bits of the Wild Coast and a game reserve or two inland, and with the help of one or two Instagram filters, pretend all is beautiful and well with the Eastern Cape.

That would be a lie. A slow drive through the many towns and cities across the vast geography of the province reveals a more complete story of infrastructure neglect, the many faces of poverty and unemployment that the hard numbers are not designed to capture humanely, and sheer hopelessness and desperation.

The Eastern Cape is a lament. It is the image of an ANC that disappointed itself, an ANC that most certainly failed the entire country. It is the perfect landscape for an existential storyline. You would not need to bring any props. You can simply film what is before you. Sadly.

Which brings me back to the factionalism of the ANC. What is remarkable about the victory of Mabuyane’s slate, is that incumbents should be tested on the facts about their leadership record.

The answer is spectacularly obvious and depressing I’m afraid. It is not a leadership requirement in the ANC that a politician standing for political office should have a track record of being an effective, ethical and visionary public servant.

Leadership in the ANC is about brute power, thuggery, money, charisma, networking and other organisational tropes that have little to do with constitutional commitment to being responsive to the needs of communities.

This is why, despite the state of the province, ineffective leaders can shamelessly run for office again, knowing that an ANC elections race is not a referendum on the track record of the incumbent.

It is not a leadership requirement in the ANC that a politician standing for political office should have a track record of being an effective, ethical and visionary public servant.

I recently had a relative of mine sent to Dora Nginza Hospital for a caesarean birth. She was already in her 37th week of pregnancy and, for medical reasons, she was told that she could not deliver her baby naturally.

With many other patients, some also pregnant, she was left for days in the corridors of the hospital because of bed shortages.

Despite being in pain, and having other symptoms of doing poorly, she herself was left in the corridor in a wheelchair for several days.

Eventually, she was given a bed, just as her body was almost giving up on her. She was in the hospital for more than two weeks, often asked not to eat, because she would on that day be operated on, only for that not to happen. The reason? Emergencies happen and then a planned C-section gets deprioritised even though the expectant mom was now in week 40.

In other words, unless your life is literally in danger, you are regarded as low priority. The nursing staff work under impossible conditions with poor resources, and impatient family members competing for their attention, demanding answers, when the truth is that systemic failures within the health system provincially are crucial to the lottery of whether you will die when you go to a public health facility even in Nelson Mandela Bay.

It is much worse in small towns, and in the rural parts of the province, in the former homeland areas in particular.

The are similar depressing truths about other aspects of life in the Eastern Cape. Every single time I am back in Makhanda, I am saddened by the look of hopelessness on the faces of the unemployed.

This is quite apart from the gigantic potholes, refuse removal that is neglected, constant water cuts and infrastructure neglect. It is mind boggling that the ANC delegates at the provincial congress should be dancing as if their party is running a state that it can be proud of.

The ANC still has a psycho-political hold over many voters in the province. This, in part, is due to poor and disorganised opposition in the Eastern Cape, plus the ability of the ANC, in a really uncanny way, to milk the last bit of nostalgia about a glorious past, just before elections happen.

That strategy cannot last forever. They would be idiots to rest on their laurels. But hubris and politics go hand in glove. So do not expect the ANC in the Eastern Cape to self-examine any time soon.

Nor expect ANC leadership battles to be battles about ideas and competing visions.