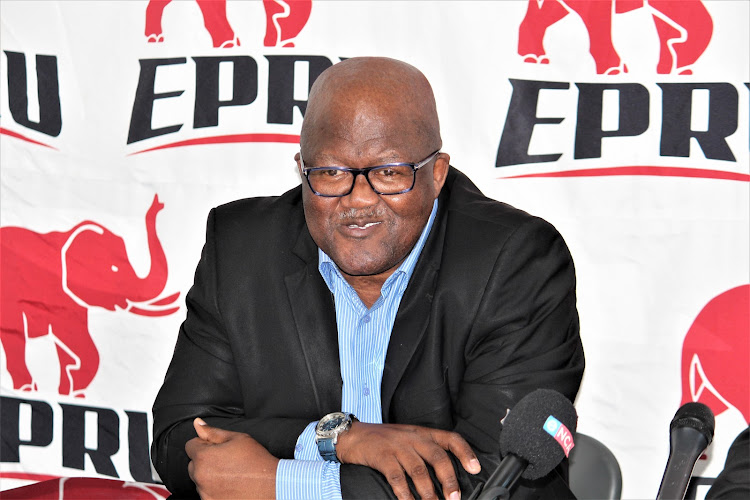 TICKS THE BOXES: EP Rugby acting vice-president Mbulelo Gidane has been nominated to stand as a candidate for the presidency of SA Rugby when the union holds its annual meeting on April 29.
Image: SUPPLIED

EP Rugby’s decision to nominate acting vice-president Mbulelo Gidane to stand against SA Rugby Union supremo Mark Alexander for the presidency of the controlling body has come as a surprise. It had been expected Alexander would be unopposed at the election meeting on April 29 until EP announced its unexpected bid to elevate Gidane to the top job in SA Rugby. When nominations closed, sources said Gidane’s name was the only one in the hat to oppose Alexander, which means it will be a two-horse race.

Gidane is the current head of finances on the EP Rugby executive and an influential rugby figure in Gqeberha, where he enjoys wide support.

However, it remains unknown how much support Gidane enjoys on the national stage and whether he can muster enough support unseat Alexander.

EP Rugby president Maasdorp Cannon says Gidane ticks all the right boxes and has the acumen needed for the top job in SA Rugby.

EP believe they are underrepresented in the decision-making positions within SA rugby and the nomination decision was part of a long-term strategy of accelerated growth in black and red.

If Gidane manages to overcome the odds and topple Alexander, he will have to vacate his position in EP Rugby because he will then be accountable to all 14 unions.

Cannon says SA Rugby is a public institution, and it needs inclusive representative of all entities and all people in rugby.

In the past Gidane served on the board of the Southern Kings alongside the late Andre Rademan, the late Monde Tabata, Jannie Louw and Gugu Nxiweni.

Alexander was voted in as president in April 2018 for a four-year term and took over from Oregan Hoskins.

Insiders say Alexander remains a popular figure with provincial officials and is favoured to retain his position.

Apart from the presidential election battle, two positions are available on the SA Rugby executive committee.

It is believed Hennie Baartman (SWD Eagles) and Randall September (Griffons) will put their names in the hat.

Gideane’s nomination shows EP want to punch above their weight and make their mark at the highest level.