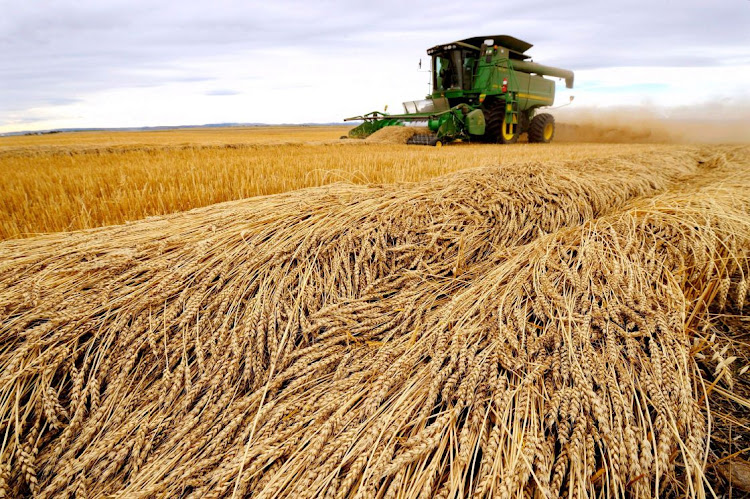 NO GRAIN : In 2020 African imported $4bn (about R62bn) worth of agricultural products from Russia, about 90% of which was wheat. SA was among the major importing countries, with the rest being Egypt, which accounted for nearly half of the imports, Sudan, Nigeria, Tanzania, Algeria and Kenya.
Image: Mike Sturk/Reuters

The subject of food prices is again a major focus as agricultural commodities prices continue to surge on the back of the Russia-Ukraine war.

But the effects of the war on agricultural commodities prices have not yet fully reflected on the retail prices of various food products due to the lag in price transmission.

The price increases will likely reflect, partially, from March 2022 consumer food price inflation and the months that follow.

So far, we have SA’s consumer food price inflation data for February, which accelerated to 6,7% year-on-year, from 6,2% y/y in the previous month.

Bread and cereals; meat and fish are the primary products that underpinned this mild uptick in overall consumer food price inflation in February.

What is worth emphasising is that global grains prices have primarily underpinned the increases in domestic agricultural commodity prices over the past two years.

The size of the domestic grains harvest mattered less than the crop conditions in South America or oilseeds and grains demand in China and India, which were primary drivers of the global market.

SA, a relatively small player in global agriculture, is linked to the global market and is therefore generally a price taker for various commodities.

Thus, the general rise in global prices overshadowed the improved domestic crop supply in the 2020/2021 production season. These conditions remain the dominant feature in the global agricultural market.

The FAO Cereal Price Index averaged 144.8 points in February, up by 3% from January and 15% one year ago.

With the Russia-Ukraine war having affected the grains and vegetable oil markets most because of the significance of these two countries in global exports of the commodities, prices have surged since the invasion began on February 24.

Thus, we expect the “bread and cereals” and “oils and fats” to be the main channels through which these global factors drive SA’s consumer food price inflation higher in the months to come.

There are no risks of supply shortages per se of grains or vegetables oils in SA over the foreseeable future, only a potential price increase.

For example, while the 2021/2022 first production estimate for maize is 14,5-million tonnes, down 11% y/y, this is well above the 10-year average harvest of 12,8-million tonnes and annual maize consumption of 11,5-million tonnes.

About 7,5-million tonnes is white maize and 7-million tonnes is yellow maize. The yearly decline is mainly due to a reduction in area plantings and expected lower yields in some regions due to excessive rains.

Notably, SA will likely remain a net exporter of maize in the 2022/2023 marketing year, which starts in May.

This is the third-largest harvest on record, primarily due to an expansion in area plantings and expected better yields in some regions.

This increase will help boost domestic supplies and lessen the reliance on imports.

In terms of wheat, a large share of the expected imports has already been imported and the importers are confident they will be able to secure the required supplies for domestic consumption for the rest of the year.

We also expect a potential increase in domestic wheat consumption in the 2022/2023 season.

Still, not all food prices will necessarily be rising in the short term. There could be downward price pressures in fruits in the coming months due to an increase in supply in the harvest period of citrus and the temporary limits of key exports in the Black Sea region.

The recent outbreak of foot-and-mouth disease will likely lead to the temporary closure of some key export markets for the red meat industry, adding downward pressure on prices.

There is a variety of factors all pushing in opposing directions in the short term. As a result of these dynamics, we now expect SA’s consumer food price inflation to increase modestly from readings in recent months, and possibly average 6% y/y in 2022 (from 6,5% in 2021), and not follow the drastic surge we have observed in grains prices.

The base effects, and the meat and fruit dynamics, will also play a constructive role in the consumer food price inflation path.

A crucial major upside risk to consumer food price inflation worth monitoring is fuel, whose prices continue to increase on the back of higher Brent crude oil prices.

For instance, the price of diesel increased by 44% over the course of 2021 and by a further 9% since the start of the year.

On average, 75% of national grains and oilseeds are transported by road, as are a substantial share of other agricultural products.