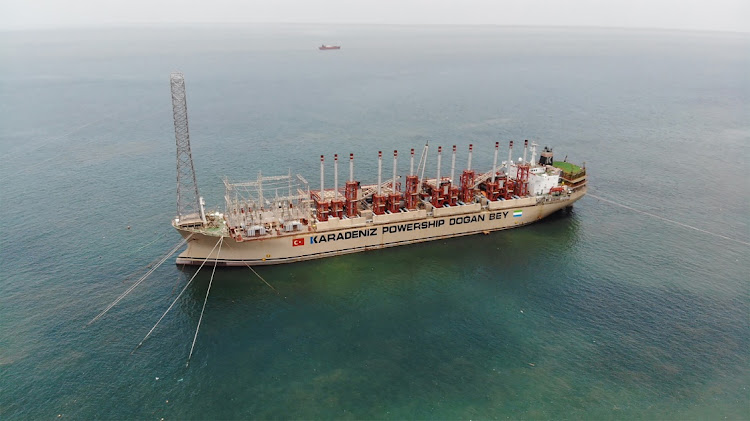 POWER AT SEA: The Karpowership project envisages two vessels like this one moored at the Port of Ngqura
Image: karpowership.com

The recent round of countrywide load-shedding and the grim warning that more is likely to occur in the coming winter months was bad news for our bruised economy.

By now, the state was supposed to have signed off on procuring emergency energy to fast-track an additional 2,000MW for the national grid.

However, this deadline has been extended to the end of March and it seems that only 800MW will have been secured.

This is despite the Risk Mitigation Independent Power Producer Procurement Programme having been mooted back in 2019, and intended to come on line later in 2022.

A major obstacle has been the controversy over the tender awarded to Karpowership SA to provide the lion’s share of 1,220MW.

The Turkish-owned Karpowership Group operates a fleet of 25 power ships in Africa and Asia.

The public and stakeholders wishing to attend or present their views at the Karpowership gas licensing hearing on March 25 must submit their ...
News
2 months ago

These vessels have plants that generate electricity from liquefied gas.

The plan is to place eight power ships in Saldanaha Bay in the Western Cape, Richards Bay in KwaZulu-Natal and Coega, but the scheme has been mired in accusations of corruption as well as opposition from environmentalists, who say it will pose a serious threat to marine life.

There are also concerns over the cost.

That the deal is for as long as 20 years is decidedly odd and the CSIR says it might cost an eye-watering R218bn.

Eskom has delayed signing off because it wants certainty about the expense involved.

Energy minister Gwede Mantashe is strongly behind using the power ships and has urged a deal be concluded in haste, but the department of forestry, fisheries and environment, correctly, has insisted on an environmental impact assessment process.

It is difficult to understand why Mantashe is quite so attached to Karpowership and coal when much of the rest of the world is looking to environmentally friendly energy sources, but to build the economy, something certainly needs to be done to augment the country’s electricity supply.

Given the extent of the Eskom crisis, it beggars belief that it has taken more than two years for the state to finalise an emergency electricity supply.

That this is still not secured is deeply concerning.