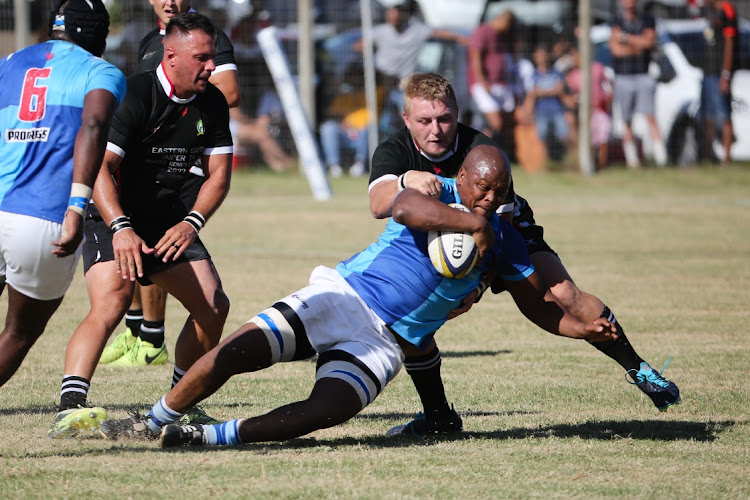 In an era when the professional code is king, the welcome return of club rugby to the Eastern Cape after two years of inactivity because of Covid-19 has emphasised the popularity of the game at grassroots level.

The Eastern Cape Super 14 tournament has proved to be a hit with supporters from across the province, with enthusiastic crowds turning out to watch their club heroes in action.

The tournament reaches a climax on Saturday when defending champions Progress face Harlequins in the final at the neutral WJ de Wet Stadium in Despatch.

Earlier this week, Harlequins successfully appealed to the competition organisers to move the final from Kariega to a neutral venue to avoid potential crowd trouble.

The new venue is easily accessible for Progress fans from Kariega and for Harlequins supporters from nearby Gqeberha.

From Kariega to Mdantsane the action has been fast and furious, with 14 clubs from across the region vying for the big prize.

Extra lustre was added to the tournament when it was decided that selected matches would be aired on national television.

A guts an glory Test match atmosphere will prevail when defending champions Progress scrum down against Harlequins for the right to be crowned EC ...
Sport
2 months ago

The Super 14 is a feeder for the EP Elephants and Border Bulldogs teams who are bidding to win promotion to the Currie Cup First Division this season.

EP coach Dumisani Mhani gave the tournament the thumbs up, saying it could not be described as a development competition because it was a strong event in its own right.

The competition was divided into two streams consisting of seven teams each, with two teams from each pool advancing to the semifinals before the remaining two contest for the R40,000 first prize.

Form will go out of the window in Saturday’s final, and it will be the team with the strongest desire for success on the day that will walk away with the biggest prize in Eastern Cape club rugby.

If the earlier games are anything to go by, the final should be a memorable occasion.