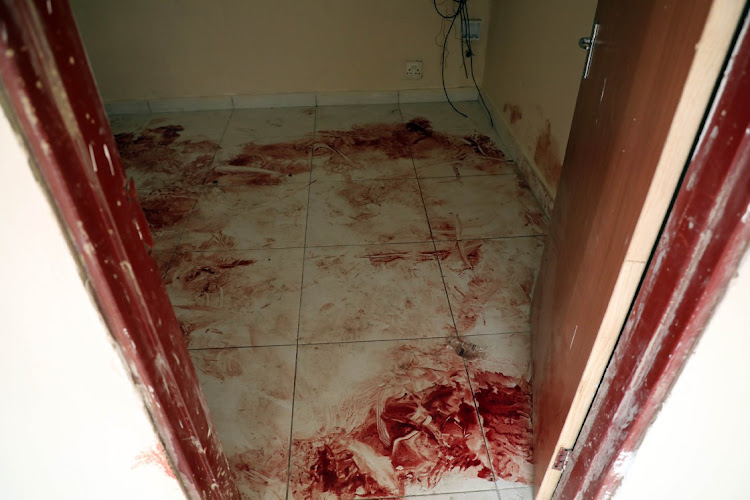 The secando scene at the Hill near Rosettenville where eight cash- in -transit heist suspects were shot dead yestarday,21,
Image: ANTONIO MUCHAVE

The lawlessness in SA is beyond frightening.

Last week, in the impoverished suburb of Rosettenville in Johannesburg, a deadly gun battle between police and cash-in-transit robbers left nine people dead — one police officer and eight gangsters.

And in Kwazakhele in Gqeberha on Wednesday, two security guards escorting a delivery vehicle were shot dead just hours after an earlier incident in the township in which another security guard was lucky to escape with his life when a hail of bullets rained down on him.

Though wounded in the chest and arm and bleeding profusely, he somehow managed to drive himself to hospital.

He was also escorting a delivery vehicle.

What sort of country are we living in when something as simple as furniture or other deliveries require escort by armed guards because of the high risk of robbery?

In SA, children walking to the shops or playing in the streets are raped and killed with sickening regularity.

Women and young girls are attacked on their way to or from work or school.

Young men are gunned down while chatting to friends outside their homes or on street corners.

People are attacked in their homes every day.

According to urban studies experts quoted by the Sunday Times at the weekend, “Impoverished areas are attractive to criminals.

“They are poorly policed, densely populated, offer a haven and make it difficult for police to locate them.”

To combat criminals’ exploitation of impoverished areas, the police needed to improve their capabilities, one expert said.

“They must have eyes and ears on the ground ...  There must be more active policing, where officers are out on the streets instead of standing behind a desk stamping affidavits and doing clerks’ work.”

He said such areas had become criminal havens because of governance failures at local, provincial and national government levels

“To halt or reverse the trend, police have to work closely with communities and local government officials.

“Police must be on the ground having conversations with residents of all SA’s Rosettenvilles to hear what they require to feel safe.

“Unless police understand communities’ vulnerabilities, criminals will continue to exploit their suburbs.”

Having police walking the streets is one of the best deterrents to crime, but it is virtually non-existent in SA.

Let’s hope this is something that changes soon.

That in SA we need armed guards for simple home or depot deliveries says it all about just how out of control crime is here.