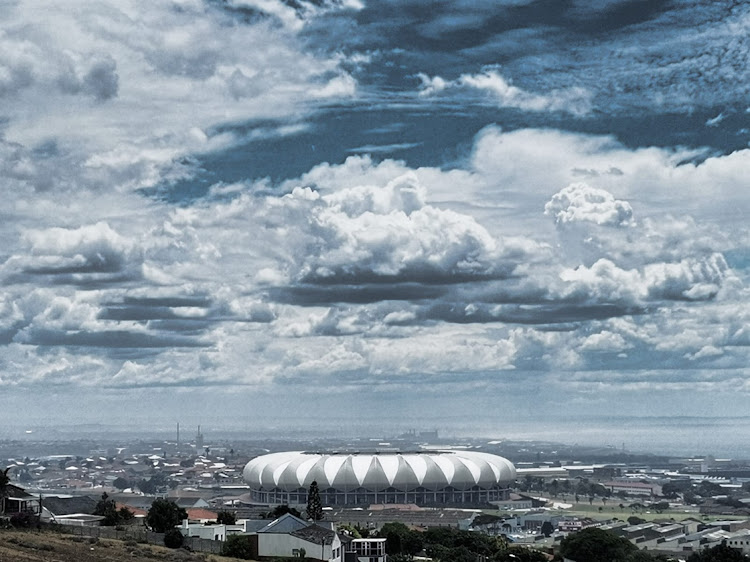 UNDER A CLOUD: The Nelson Mandela Bay Stadium built for the 2010 World Cup is struggling to be financially sustainable

Gqeberha drew the short end of the stick when SA Rugby bosses surprisingly decided the Springboks would bypass the Nelson Mandela Bay Stadium in 2022.

The decision came as a bombshell because Gqeberha always draws a capacity and fiercely partisan crowd to watch the men in green and gold.

Despite this wonderful support, the latest Bok fixture list shows that Mbombela and Bloemfontein have risen ahead of Gqeberha in the pecking order.

Our stadium hosted two Test matches against Argentina in 2021, but they were held during a hard lockdown and the Tests were played behind closed doors.

It seems the only hope the Eastern Cape have of watching international competition at the stadium will come when the EP Elephants play in the Currie Cup First Division.

Georgia and Zimbabwe are scheduled to compete in the Currie Cup First Division and it is hoped those games will be played at the NMB Stadium.

The Boks are scheduled to face Wales in three Test matches in the Incoming Series in July, before hosting the All Blacks and Argentina in the Rugby Championship in August and September.

Wales return to SA for the first time since 2014 with games in Pretoria, Bloemfontein and Cape Town.

When Wales last visited SA in 2014, a crowd of 15,000 turned up at the NMB Stadium to watch them beat the EP Kings in a midweek clash.

The Boks start the home leg of their Championship campaign with back-to-back home Tests against the All Blacks — at Mbombela Stadium in Mbombela on August 6 and a week later at Emirates Airline Park in Johannesburg on August 13.

They will then depart for Australia for the away leg of the competition, where they will meet the Wallabies on Saturday August 27 and again a week later, on September 3 (both venues to be confirmed).

The Boks’ third away match is Argentina at Vélez Sarsfield in Buenos Aires on September 17.

SA Rugby’s decision to give the Bay a miss means EP’s games against Zimbabwe and Georgia will be the only fixtures in Gqeberha with any international flavour.