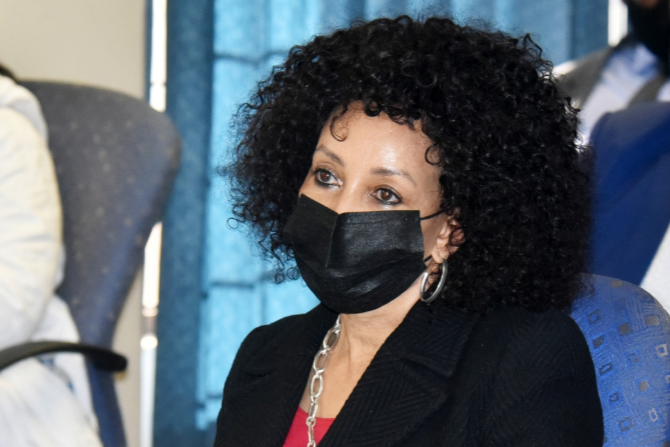 Tourism minister Lindiwe Sisulu has no facts to back up her criticisms of the judicial system and that her opinion piece in a local publication was outright insulting, says acting chief justice Raymond Zondo. File photo.
Image: Freddy Mavunda/Business Day

An opinion piece penned by ANC stalwart and cabinet veteran Lindiwe Sisulu has created a furore.

Presumably this is what its ambitious author set out to achieve, given that its rants include a direct attack on the constitution as “neoliberal” and foreign-inspired, as well as insults directed at the judiciary with inferences that attack black judges in particular.

It would appear that the article signals the start of another campaign by Sisulu to become ANC president at the party’s year-end elective conference and that Sisulu has her eye on backing from supporters of former president Jacob Zuma, notably the so-called radical economic transformation faction.

Sisulu’s views have been savaged by some within the ANC, as well as civil society.

There have been calls for the ANC and President Cyril Ramaphosa to act against Sisulu, who as a member of the democratically elected government is sworn to uphold the constitution that her party helped write and, by extension, the legal system she is attacking as unAfrican.

Sisulu has emphasised that she authored the piece in her personal capacity as part of the debate running up to the ANC’s policy conference later in 2022.

A good pinch of salt is needed.

Sisulu has been in government, legislative and executive, since 1994 and served in the cabinet for most of those years, an integral part of the very government that presided over the growth of inequality, unemployment and poverty — the African poverty she now decries.

It is rich for this veteran politician to stumble upon these revelations only now, let alone blame the constitution or the country’s judges.

She is making a dangerous and arguably unprogressive call to revamp the judiciary and legal system for political expediency; her argument ultimately takes aim at the constitution and the laws her own government legislated.

It is understandable that deputy chief justice Raymond Zondo was outraged by this insubstantial and scurrilous attack on the judiciary.

However, we doubt the wisdom of Zondo taking on Sisulu publicly via a briefing.

Judges need to remain in their lane and far from politics or run the risk of themselves undermining the judiciary and its independence.