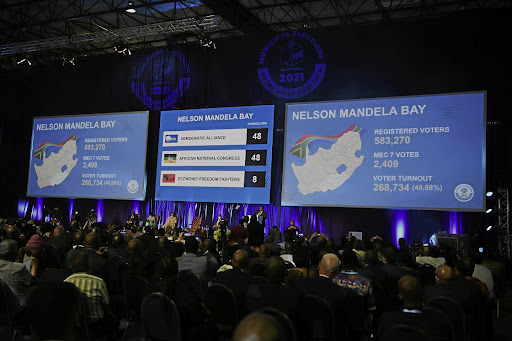 The local government elections and subsequent horse trading among political parties have had some surprising outcomes and, given the precarious coalitions at the helm of many councils, there is almost certainly more drama in the offing.

The DA, despite shedding some of its support base, has come to power in several key metros thanks to an eleventh-hour decision of the EFF and ActionSA to support DA mayoral candidates to exclude the ANC from the corridors of power.

It remains to be seen what price the “Red Berets” and Herman Mashaba’s party will exact and how this will affect citizens and service delivery.

Similarly, in those councils where the ANC now rules courtesy of the support of minor parties, the trade-offs made to win power may well turn out to carry a heavy price and not be to the benefit of residents.

The precarious coalitions place the very stuff of governance at risk.

The ANC, which has governed post-apartheid SA with enviable majorities, emerged the biggest loser in the local government elections.

The pressure is on for ANC leader President Cyril Ramaphosa, who has so far failed to effect dramatic change in his corruption-ridden party, or to provide dynamic leadership of the country.

Ramaphosa’s opponents within the ANC will try to capitalise on the party’s poor showing to weaken him before next year’s ANC elective conference, though Ramaphosa remains a lot more popular than the party he leads.

Opposition parties now have a chance to substantially weaken the ANC, an opportunity EFF leader Julius Malema is all too aware of.

The DA meanwhile has a unique opportunity to persuade voters of its capacity for governance, assuming the other opposition parties allow it this space.

While this scenario makes for fascinating politics, it may not make for good local government.

The inherent instability of patched-together coalitions could translate into even more dire service delivery unless the rival politicians and their parties demonstrate the maturity to rise above their squabbles and agree to co-operate in the interests of citizens and delivery.

We can but hope they do.