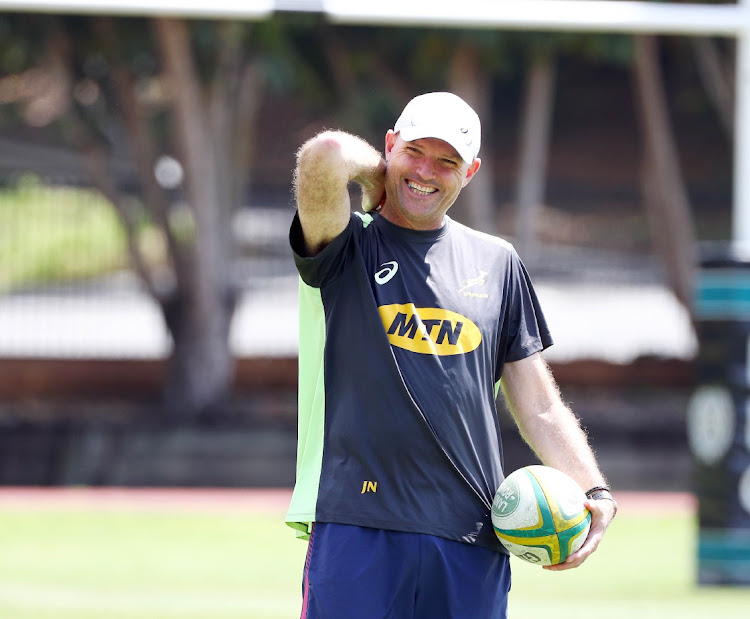 Springbok rugby coach Jacques Nienaber must improve his team’s winning percentage of 62% and promote young talent within his squad if he wants to keep SA’s demanding fans off his back in 2022.

After a heart-breaking 27-26 loss against England in their final game of the season, the Boks have a break before a three-Test series against Wales in SA during July.

After a gruelling schedule of 13 Test matches in 2021, the team will welcome time away from the pressure cooker environment of international rugby.

The Boks ended the season with eight wins from 13 matches, scoring 334 points and conceding 224.

Nienaber knows his team’s win ratio could have been much higher if they had been able hang onto leads in the final moments of tight games.

The England defeat was the third time in 2021 that the Boks have lost a game after they had been leading by one or two points after 78 minutes.

The Boks also suffered last gasp defeats against Australia and New Zealand during the Rugby Championship.

Nienaber says it is disappointing statistic, and something that needs to be worked on ahead of the series against Wales.

He has promised his team will come back stronger in 2022 after what he described a as a “spanner in the engine” loss to England.

Execution of opportunities, which let SA down against England, is an area of concern for the Bok coach.

The Bok mentor says his team can improve and they are not where he wants them to be with the 2023 World Cup on the horizon.

Nienaber will be without SA Rugby’s inspirational director of rugby, Rassie Erasmus, on match days during the Wales series.

Apart from a two month ban from all rugby, Erasmus has been banned from match-day activities at all levels until September 2022.

There is no doubt that having Erasmus on the touchline performing water boy duties and stirring Boks to greater heights, is a key asset for the Boks.

Lock Lood de Jager summed up the Boks' season aptly when he said it was a campaign that produced a mixed bag of results.