We must all help to stop killing of women 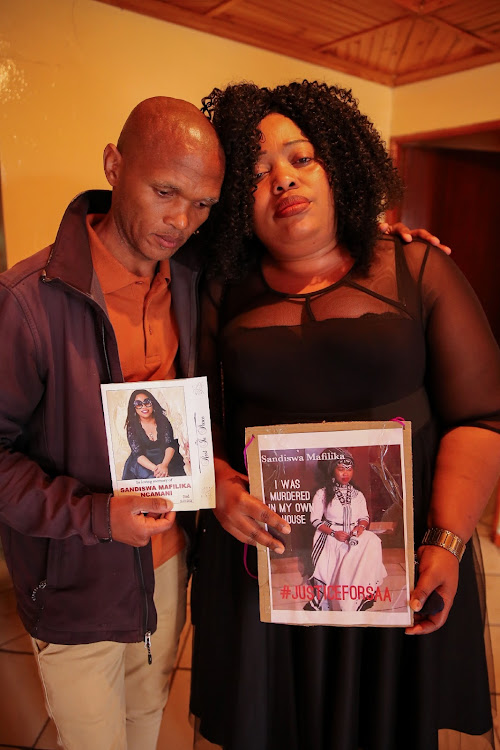 How many more women must be murdered before we start looking at ourselves and asking what we are teaching our children?

Today, we carry a report about a mother of two who was viciously bludgeoned and her body found wrapped in a blanket on a mattress on the floor of her marital home in Port Alfred.

Her husband of just one year is a suspect in the murder.

Sandiswa Mafilika is the third woman murdered in the Eastern Cape in as many weeks allegedly at the hands of either a husband or a boyfriend.

A week earlier, the body of Vicki Terblanche, 42, was found buried in a shallow grave on a plot in Greenbushes.

Her 32-year-old boyfriend and his friend, 20, have been charged with her murder.

And a week before that, the body of Sinthia Williams, 15, was found buried in a shallow grave in the garden of a house in Bauhinia Crescent, Kariega.

In this case, her 19-year-old boyfriend is the accused.

There is something terribly wrong in our society when week after week, month after month, women die violently at the hands of their partners.

Deputy police minister Cassel Mathale said at an imbizo in Gqeberha on Saturday that the community’s involvement with the police was vital to break the chain of violence against women.

There are so many factors aggravating the problem, of which unemployment and alcohol abuse are but two.

Another is that some men see women as their “property” and simply cannot conceive that they might want to leave them for whatever reason.

The real sadness in all of this is that there are inevitably children involved.

Children who witness the violent arguments, the beatings, the emotional abuse.

And this can go either way for them — they will either follow the same path as their parents and become abusers in later life or the victims of abuse because this is what they have grown up with, or they will learn from it and take a different path.

They can respond to reports of violence in a home and arrest the alleged perpetrator, but what then?

When that person is released, the violence simply starts again.

Sure, counselling can help, but to really make a difference we need to start with our children.

Children need to learn from a young age that violence is not the solution to disagreements.

We, as parents, must teach them to respect women and how to resolve relationship issues non-violently.

However, actions speak louder than words so what we do at home — how we treat each other and resolve arguments — matters.

And this is where it should start.