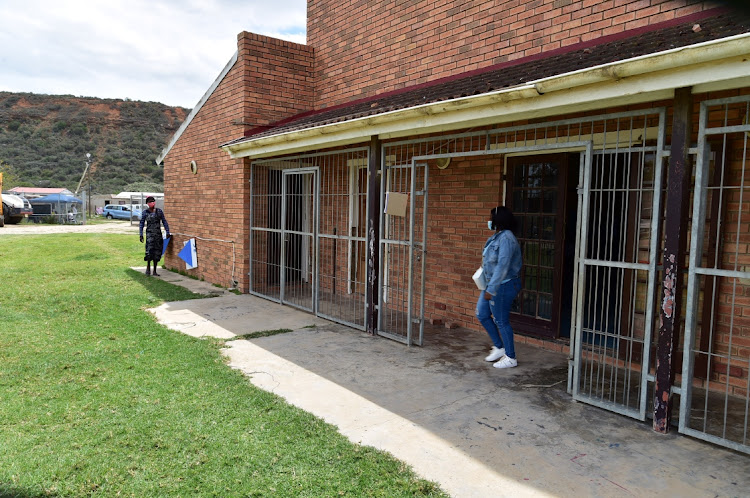 Ward 53 Colchester where voting was slow with hardly any queueing taking place and some voters not listed on the voting roll causing frustration to some
Image: Eugene Coetzee

All indications are that the voter turnout to elect local government countrywide was decidedly dismal, and an all-time low.

Several factors probably contributed to keep voters away from the polls.

These include inclement weather in some parts of the country, fear of contracting Covid-19 and that voting took place on a Monday, thus providing a long weekend.

In some parts of this province, protest action led to voting stations opening late, while others boycotted the polls.

Glitches in the IEC’s systems also played a part. Voters were deterred by long queues partially caused by problems with the voter management devices.

Technical issues saw some voter registrations not correctly captured while others were assigned to the wrong voting stations.

It also did not help that there was a relatively short lead-in time for the poll, allowing for just one voter registration weekend.

But these factors alone cannot explain such a downturn in voter interest.

However, it seems more likely that it was voter negativity, rather than indifference, that led so many registered votersto turn their back on voting and, by extension, the politicians contesting for power.

In the wake of the economic hardships caused by the Covid-19 lockdowns, amid seemingly endemic corruption, rising unemployment, repeated load-shedding and dire water shortages, many people are simply fed-up.

Add to that potholes, broken infrastructure, crime and grime, and one has insight into why a number of people no longer believe that their vote carries weight and can make a difference.

This is a self-fulfilling prophesy. By opting to relinquish their right to have a say in who will govern their municipalities, those who stayed away from the polls have ceded power over themselves to others.

We hope the poor turnout for these elections proves to be an aberration.

Politicians and their parties need to hear the negative message that has been spelt out by the electorate and start acting in a manner designed to rebuild South Africans’ faith in political institutions and our hard-won democracy.