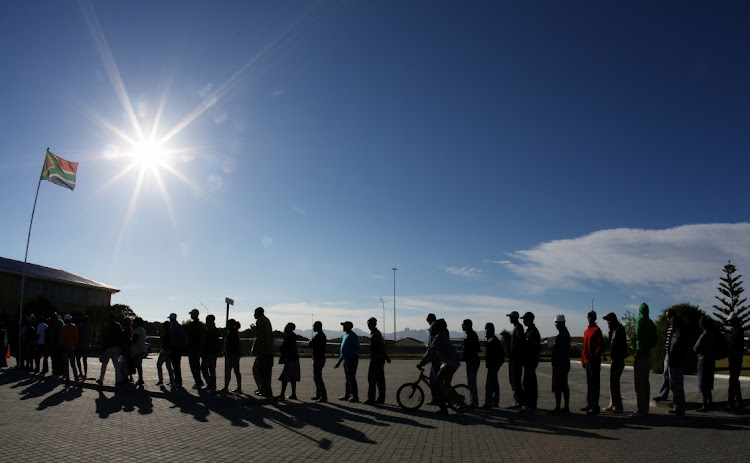 My 18-year-old younger brother, Lumumba, is registered to vote in the upcoming local government elections.

I wish I could tell you he voluntarily decided to register, but that would be a lie.

It took a lot of explaining, some pleading and a degree of emotional blackmail to get him to use the online portal to register.

And he did so just in the nick of time — on the last day of the final registration weekend.

I explained to him what I have explained to many before him — that the right to decide who governs you is one of the most fundamental human rights and one that must not be taken for granted.

Even as I did not, and would never, dictate who he should vote for, because I believe that to be a choice that individuals must make without any coercion, naturally, I care who Lumumba votes for.

I care that he does not give his vote to right-wing and racist parties.

But all this is secondary to the most important thing that I care about — that he does not deem voting insignificant.

In a country where the youth comprise almost half the population, their refusal to participate in the elections poses a crisis of legitimacy for the state

I was deeply concerned when I read an analysis of the voters’ roll for the upcoming local government elections.

It is as terrifying as it is depressing. It shows a significant decline in the number of young people registered to vote.

This group comprises first-time voters like Lumumba, all of whom were born in the new millennium when SA entered its second decade of democracy.

The analysis also showed sharp declines in the number of voters between the ages of 20 and 30 — my age group.

Like the first-time voters, those of us in the 26-30 age range were born at the dawn of the democratic dispensation.

I was two years old when the first democratic elections were held in 1994, and so in many ways, I am a child of democracy.

One would imagine that those like me and my younger brother would treasure the vote, given how hard it was fought for and the ways in which so many suffered and made the ultimate sacrifice for it.

One would be wrong.

The post-apartheid youth in our country are not very invested in the vote and this must scare everyone for two reasons.

First, that the youth are not voting does not imply that they are apathetic or apolitical — on the contrary.

This is an indictment not only on the governing party that has presided over a glacial pace of transformation that is affecting the lives of the youth, but also on opposition parties that are not trustworthy.

Second, in a country where the youth comprise almost half the population, their refusal to participate in the elections poses a crisis of legitimacy for the state.

When only 4.6-million young people out of an eligible youth population of 15-million do not vote, a governing party’s legitimacy is shaky and it demonstrates that the youth demographic dividend is morphing into a demographic threat.

I pleaded with Lumumba to vote because I don’t want him to think he’s helpless — that he cannot decide his own fate.

I want him to understand that the prevailing dominant party-political system is not natural and can be changed by his and many other people’s votes.

I want him to know that no political party is anointed by some supernatural force.

But most importantly, I want him to know that voting is only one part of participating in this democracy — that after the elections, the hard work of defending his vote and his freedom begins.