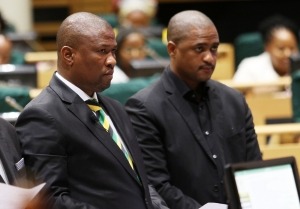 The public protector’s report on allegations of corruption, maladministration or misuse of public funds by senior and executive government officials from the Mbizana local municipality and Eastern Cape provincial government ignored critical material evidence that, if examined fairly, could prove there was no wrongdoing by premier Oscar Mabuyane, as she claimed.

It is worrying that the report and its findings are heavily aligned with Lonwabo Bam’s allegations against Babalo Madikizela and Mabuyane without an attempt by the public protector to scrutinise these allegations.

In his affidavit about the R450,000 Mabuyane was lent by Madikizela, Bam claims that the money was channelled corruptly. He does not bring any proof of this claim, and has been clutching at straws in his attempts to spin this loan.

Worryingly, the public protector sustains this claim without revealing conclusive information that proves the allegations beyond reasonable doubt.

There is no dispute that Mabuyane sent a WhatsApp communication to Madikizela giving him an account number for the loan amount they agreed on. Both Madikizela and Mabuyane said this money was a loan asked for by the latter, who has since paid back the money to Madikizela.

There are four issues I want to raise in supporting my perspective that the report is unfair, unjust and prejudicial against Mabuyane and Madikizela.

My first point is that in investigating these allegations, the public protector failed to scrutinise Bam’s allegations properly and against statements provided by Mabuyane, Madikizela, the taxi association and the municipality in order to get to the bottom of the matter at issue.

Doing that includes considering information given to her office by those accused by Bam fairly, equally and without prejudice against his claims, which were also supposed to be subjected to tough scrutiny.

It is important for Madikizela’s statement to be considered properly because this was his money, because of his relationship with Bam, and ignoring it, as the public protector did, is injustice that leaves those accused of wrongdoing with tarnished reputation and victims of unfair and unjust process.

If you take Madikizela’s account and the fact that when he was asked for this loan by Mabuyane he was a businessman running his business and that he gave from his own money, as explained in his statement, then the claim by Bam has no leg to stand on. But because this was ignored by the public protector, South Africans are left with a picture of corruption.

If Madikizela’s account was considered, the logical step for the investigation was to verify his statement and the fact that he had the amount he was asked for by Mabuyane, question Bam about Madikizela’s statement to the public protector and to the SAPS before deciding Bam was an angel.

There is evidence given to the public protector that the R1.1m to transport mourners to the memorial service for the late Winnie Madikizela-Mandela was paid to the local taxi association.

With the powers to ask such questions, make proper sense of evidence and ask for information from a private citizen, as Madikizela was at the time, the public protector failed to ask the right questions to verify claims made but was quick to swallow Bam’s claims.

My second point is that the public protector ignored the fact that Mabuyane and Madikizela had agreed on a loan and Mabuyane has since paid back the amount he was lent to Madikizela.

There is nowhere in her report where she deals with whether Mabuyane knew where the money came from except from Madikizela, the person he asked for the money, and she does not ask this question but makes an unfair and prejudicial insinuation in her report despite Mabuyane’s evidence.

Mrs Mabuyane’s email is not the smoking gun the public protector was hoping for, which she wants us to believe proves wrongdoing or knowledge of wrong by Mabuyane. By bringing up this email when she has not interviewed Mrs Mabuyane, when she has not procured her statement or evidence on this matter, the public protector acted unfairly and invaded her privacy. She had a responsibility to interview her and ask her questions based on her allegations and thinking at the time before reaching a verdict.

My fourth point is that while our country needs whistle-blowers to help us fight corruption, those tasked with investigating allegations have a responsibility to ensure that investigations are fair.

I am disappointed by the failure of the public protector to properly investigate allegations made by Bam against Madikizela and Mabuyane and as a result of this failure, this report does not carry proof of corruption but is littered with ignored evidence and suggestive, prejudicial remarks not based on independently verified evidence but on what appears as a push for criminal charges against those alleged to have done wrong.

Instead of looking at these allegations thoroughly and without prejudice, the public protector took Bam’s account as gospel truth, collected a few bank statements and irrelevant email communication and presented these as a smoking gun in an attempt to reach a guilty finding against Mabuyane and Madikizela.

Any remedial action against Eastern Cape public works MEC Babalo Madikizela based on the public protector report would cause irreparable damage to ...
News
1 month ago

Describing his political career as his sole livelihood, Eastern Cape Premier Oscar Mabuyane is desperately searching for another lifeline.
News
1 month ago

LISTEN | Behind The Herald Headlines with Daron Mann: October 13

Mabuyane denied the accusations and expressed concern about Magashule's meeting with the businessman, whom he accused of defaming him.
News
1 month ago

Facing mounting calls to step down until he is cleared of the corruption allegations against him, Eastern Cape premier Oscar Mabuyane is digging in ...
News
1 month ago

Eastern Cape public works MEC Babalo Madikizela has denied allegations that he benefited to the tune of the R350,000 from money meant for the ...
News
1 month ago

It was the desire to create a better “flow” into the living areas that sparked a R450,000 renovation project at Eastern Cape premier Oscar Mabuyane’s ...
Your Weekend
1 month ago

The R450,000  used for the renovation of Eastern Cape premier Oscar Mabuyane's home three years ago came from funds siphoned from the bank account ...
News
1 month ago