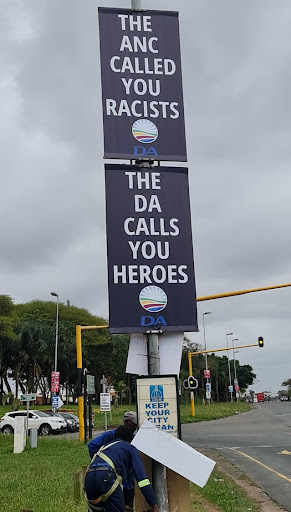 I have never deemed the DA as a progressive organisation.

As a starting point, any organisation that defines itself as liberal in a developing country with astronomical levels of structural inequalities is one that must be treated with suspicion.

At a very simplistic level, liberalism can be defined as a political and social philosophy that promotes individual rights, civil liberties, democracy, and free enterprise.

On the surface, this definition sounds reasonable, perhaps even progressive.

Civil liberties are central to human development, and no-one who is serious about the development of our country would reject their protection.

But liberalism is also about individual rights. It places them at the very centre of the political problem.

But these rights do not make allowance for a collectivist model that enables equitable development — a model that is deeply embedded in the identity of Africans.

This is due to another pillar of liberalism: free enterprise.

Liberals believe government should not interfere in the market.

The father of classical liberal economics, Adam Smith, contended if government does not impose any regulations on the free market, then the pursuit of material self-interest would maximise the wealth of a society through profit-driven production of goods and services.

He was basically arguing that in a free-market economy, there is an “invisible hand” that makes individuals and firms work to maximise their profits, thereby building the wealth for the national economy.

For this reason, the individual accumulation of wealth is not only justified, but necessary.

Of course, in a SA with a racialised and gendered economy and with a segmented labour market, such an economy is one that works for and benefits a few.

It is one that would perpetuate the current situation of inequality, where three men own the wealth equal to that owned by more than 50% of the total population.

It is also an economy that would hurl black people at the margins, for we have no capital with which to compete in this market, and without government intervening, we would be left at the periphery of economic activity in every sense of the word.

In this sense, liberalism is an ideology that not only negates reason, but one that is historic and as a result, anti-black.

But the DA doesn’t understand this and insists instead on championing “equal opportunity” as though there is no systematic construct that makes such an ideal an impossibility in the absence of intervention by the state facilitating policies that DA leader John Steenhuisen characterises as “a socialist death spiral”.

It escapes liberals that for black people, these policies are the only thing standing between them and complete indigency.

But perhaps this is precisely the issue with liberals: they do not value black lives, at least not as more than anything but a reserve army of labour to facilitate the accumulation of wealth for those whose individual rights matter more, and who can thus create and inherit the property that must be protected at all costs — including the cost of black lives.

This is why it should come as no surprise that Steenhuisen continues to publicly and stubbornly defend the racist DA posters that celebrated Phoenix residents who beat black people within an inch of their lives in the July riots.

Innocent lives were lost when any and every black person in the KwaZulu-Natal town was treated as a criminal — a logic grounded in the racism that is being celebrated as heroic by Steenhuisen.

If I ever had doubts about whether, as a black woman, I could ever entertain the idea of supporting the DA, Steenhuisen has erased all of them.