Tough road ahead for EP Rugby 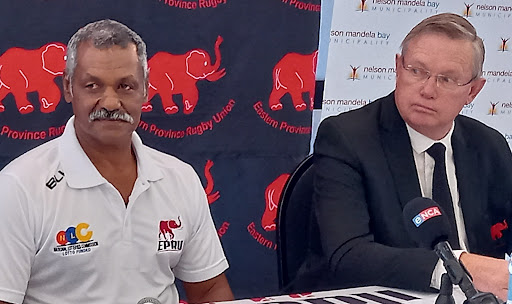 After coach Peter de Villiers’s decision to swap rugby for politics, the embattled EP Rugby Union must lose no time formulating plans for the 2022 season.

Unrealistically, it had been hoped former Springbok mentor De Villiers would be able to wave a magic wand and transform EP into a force to be reckoned with.

A lack of funding resulted in De Villiers being forced to use untested club players and the results were predictable.

Even with the experienced De Villiers at the helm, EP were unable to make an impact in the lower league Currie Cup First Division.

A meeting between De Villiers and the EP executive ensued, with EP’  acting president Maasdorp Cannon saying the parties had agreed to part ways on amicable terms.

Before the meeting, De Villiers said he had received no communication to assure him of his future and was, therefore, “done with rugby”.

De Villiers’s reign started with much optimism, but he was forced to go into a battle with a team of mediocre players who found the going tough.

When he was appointed, De Villiers was given a mandate by the late EP Rugby Union president Andre Rademan to get the Elephants promoted to the top flight Premier Division.

But EP could win only two of their six games and failed in their bid to get back into the Currie Cup Premier Division.

Make no mistake, the odds were stacked against De Villiers from the outset.

At the start of the season, the EP  Elephants were decimated when more than half their team and  De Villiers were infected with Covid-19.

This forced EP to field below-strength teams for their opening two matches, which they lost.

At the outset De Villiers said he wanted to unite the Eastern Cape and make the Elephants a winning “people’s team”.

That dream, however, failed to materialise.

Now the De Villiers era is over, EP must find a new coach and source much-needed funding so it can bolster its player roster.

After the latest upheavals, the road ahead will not be easy.