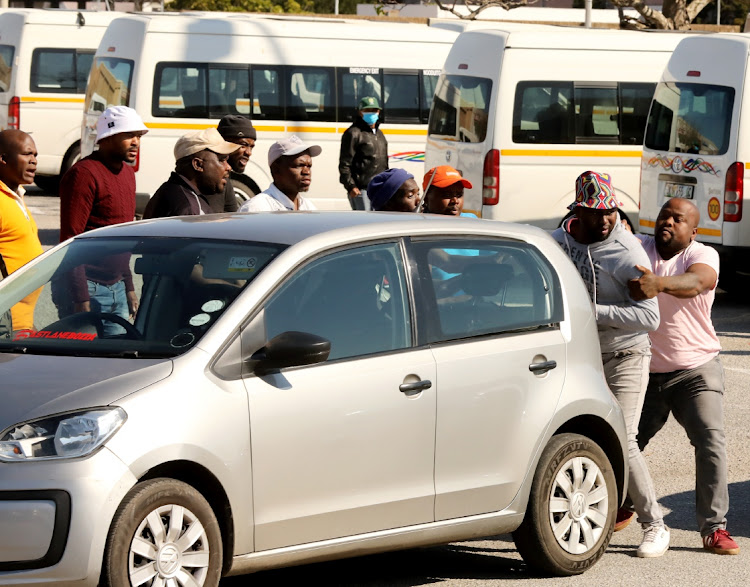 Just more than two months ago, taxi drivers were being hailed as heroes for banding together to protect businesses from the burning and looting that ravaged Gauteng and KwaZulu-Natal.

While their motive was not entirely altruistic — they said if shopping centres burnt and people lost their jobs, they would have fewer commuters to ferry and therefore a much-reduced income — that they stood up against the rioters earned them a huge number of brownie points from the public.

How quickly they have fallen from being heroes to villains once again.

Reading the reports in The Herald’s sister publication, Weekend Post, about e-hailing drivers, many of them — like the taxi drivers — just trying to earn a bit of money to feed their families, is heartbreaking.

”When I go to work, I know my life is at risk, but what am I to do? If I don’t work, I can’t support my children, or put food on the table or pay my rent,” one desperate e-hailing driver said.

E-hailing drivers in the Bay have been under siege for weeks from groups of taxi operators and their affiliates intent on preventing them from working in the metro.

They are being threatened and violently intimidated, hijacked and extorted, assaulted and even shot at.

And their passengers have not been exempt.

They, too, have been intimidated and even held captive.

Pensioners, mothers and fathers who have lost their jobs as the economy tanked during the lockdowns, and others just trying to make an honest living are being beaten down by this thuggish behaviour.

It is simply not on.

Now the taxi drivers and e-hailers appear to have reached an agreement to end the impasse and a truce is on the horizon.

Members of the public, meanwhile, have launched a petition to defend their right to choose whatever means of transport they want to use.

The petition already had more than 1,000 signatures by Friday.

At the end of the day, everyone has a right to make a living and commuters have a right to freedom of choice when it comes to the transport they use.

The taxi drivers are not the only ones who need to earn an income.

Their rights need to be respected.