ANC to build a ‘smart city’ — that’s an indisputable oxymoron

Instead of highfalutin proposals like building a ‘smart city’, Cyril and Co should figure out how to build toilets 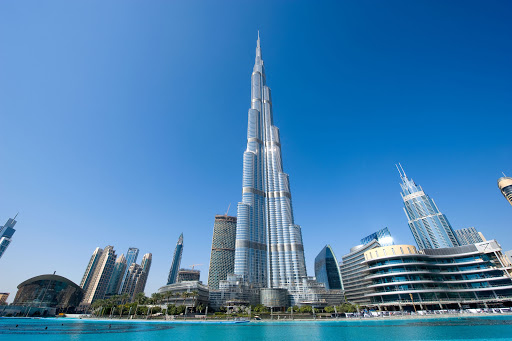 SHINY AND KITSCH? Considering how Dubai's skyline has been shaped over the years, one wonders what Cyril Ramaphosa's proposed 'smart city' will look like
Image: ROBERT HOETINK/123RF

There’s a theory about why Dubai looks the way it does, namely, like a hundred shiny suppositories pointed at the sun.

In a nutshell, it’s all about who got to Arabia’s oil first, which history and rising damp in Miami tell us was the US. (The British Empire, believing that industry would forever be powered by weak tea, failed to dispatch the necessary bribes and gunboats in time.)

The rulers of Arabia were duly whisked across the Atlantic to meet the team. And it was there, the theory insists, that they first saw what a real oil town was supposed to look like.

If the Brits hadn’t been trying to perfect Earl Grey fusion and had got to them first, Riyadh and Dubai might today be full of red buses and Greco-Roman pillars.

But when the eyes of Arabian oil first opened to the world, they gazed upon Houston and Dallas, and so here we are, with sprawling, car-dominated wastelands of glass and concrete grafted onto a desert.

It’s a very plausible-sounding theory, which is why I suspect it’s probably not true.

At the very least it’s probably a tad patronising: I think it’s very likely that the oil-rich princelings of Arabia would have discovered a deep affinity for shiny, phallic kitsch all by themselves.

Then again, every architectural trend comes from somewhere, such as Cape Town’s newest,  most expensive houses, which come from the Third Reich, Guantánamo Bay and a lack of good therapy.

Sometimes, however, a city’s origins are entirely fantastical.

Which brings me to the news, confirmed a week ago to the National Council of Provinces by Patricia de Lille, that Cyril Ramaphosa’s new “smart” city is going ahead, I suppose in the same way that SA is still going ahead, rather like a picnic on a cliff-edge next to a sign reading “Unstable cliff-edge: do not have a picnic here”, where the cliff has, in fact, collapsed, and the picnic is technically going ahead, in a generally downward direction.

The difference, of course, is that the new city — let’s call it De Lilleville — probably isn’t going ahead, and not just because it would have to be built by the ministry that spent R37m on a length of gossamer fairy lint and called it a border fence.

No, the reason it’s probably not going ahead is because — how can I say this without screaming? — all the money’s been stolen.

Still, I have to confess that there’s a nihilistic part of me that yearns to see a place designed and built by the ANC, simply because it would be unlike any other in human history

To her credit, De Lille is doing her best to prop up Ramaphosa’s absurd promise, telling Scopa  her ministry is “in contact with the London School of Economics”, presumably to find out what economics are, how long they have to be in school and how much you have to pay them to build your city once they’ve graduated.

For the rest, however, it seems extremely unlikely that De Lilleville will become anything more than a pay cheque for consultants, hired to churn out feasibility studies and field emails from Fikile Mbalula asking them to name the city Beyonceburg.

No, it’s all very silly and transparent, this fantasy that the ANC could build even a Potemkin village, let alone a functioning city.

And let’s not even start with this uninterrogated nonsense about De Lilleville being a “smart” city, as if “smart” is still something to aspire to and not the stuff of dystopian nightmare, what with smart bombs killing people more expensively than regular bombs, smartphones pumping anxiety directly into children’s brains and smart TVs keeping us just conscious enough to pay next month’s Netflix bill.

Still, I have to confess that there’s a nihilistic part of me that yearns to see a place designed and built by the ANC, simply because it would be unlike any other in human history.

Its central business district alone would be an astonishing thing; a vast, empty plain carefully conceived to reduce the risk of citizens being exposed to counterrevolutionary influences like commerce and employment; a type of secular, depressed St Peter’s Square, across which taxpayers shuffle in long queues towards the only form of trade encouraged by the state — the ritual handing over of taxes in return for the privilege of watching the national executive committee lick cake off the dashboards of Porsche Cayennes.

To be fair, it wouldn’t all be a depressing mess. An ANC city would also feature some startlingly efficient innovations, such as the installation of water cannons inside old-age homes, thereby saving Bheki Cele the trouble of having to drive all the way to Sassa payment points to soak pensioners.

Public transport would be streamlined, with Prasa cutting out expensive middlemen and selling railway lines directly to scrap metal merchants.

And imagine the pomp and gaiety at the inauguration of the Omar al-Bashir International Airport, opened by David Mabuza via Zoom from Moscow and dedicated to the free and unfettered movement of international scumbags.

Yes, it’s fun to dream. And I can’t really blame Ramaphosa for promising us a new city.

When all you’re selling is fantasy, you might as well go straight to 1930s nationalist fairy tales of glittering spires and billowing clouds of steam from mighty locomotives.

If only his imagination extended as far as wondering how  toilets get built.

Get the Sunday Times Daily app or daily email newsletter