Stakes are high in upcoming elections

In the run-up to the November polls, the IEC and Constitutional Court’s resolve will be severely tested 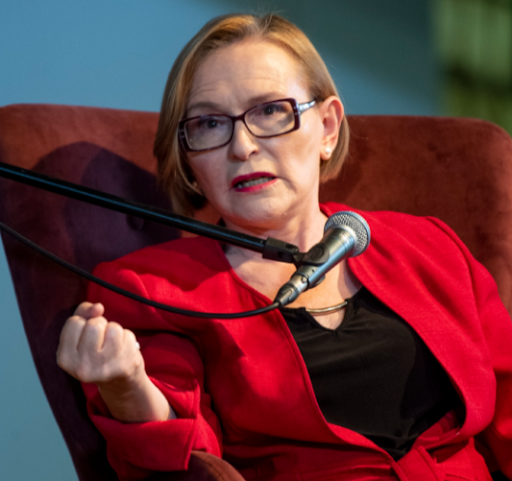 BOLD CLAIMS The DA's Helen Zille has accused the Constitutional Court of leaking judgments to the ANC and the IEC of favouring the governing party.
Image: Gallo Images

SA’s institutions of democracy were never going to be tested while the country had ethical leaders and election results were a foregone conclusion. It is now, at a time of great societal stress, when we are living through a lingering and devastating pandemic, and our divisions are sharpened, when elections are highly contested, that these institutions will have to show their mettle.

The Electoral Commission of SA (IEC) has had a great run. So has the Constitutional Court. Both institutions require thoughtful, considered criticism and remedial action if they are going off the rails. They belong to all of us and should not be used as a political football. No one wins when the IEC or the ConCourt are impugned with no facts to back up the allegations made against them.

Yet this does not mean we have to treat these institutions with kid gloves. They must be scrutinised all the time. If the IEC is lost or captured, we have no democracy. If the ConCourt goes, then we are in the wilderness. It’s dog eat dog.

So when DA leader Helen Zille accuses the ConCourt of leaking judgments to the ANC and the IEC of favouring the governing party, we must sit up and listen. If she is wrong, then she is treading on dangerous ground and should be reprimanded. What if she is right though?

I won’t address Zille’s allegations about the ConCourt leak simply because she proffers zero evidence. The allegation is political nonsense. Yet her argument that the IEC may have been favouring the ANC in trying to first postpone the election, then reopening the candidate registration process, requires greater scrutiny.

First, the ConCourt was absolutely correct to tell the IEC to get its house in order and get the elections done by November 1. The IEC was flying a kite. Zambia, the US and many others have held elections during this pandemic. Why can’t SA? And what changed in SA to make the IEC suddenly not ready to mount an election?

The second point — the IEC’s reopening of the registration of candidates, a move which favours the laggard ANC after it failed to register its people in some 95 wards — is now before the ConCourt. If the justices scupper the IEC’s decision to reopen candidate registration then the ANC will be destroyed in much of local SA. It will mark a new era in our politics and it will be a test like no other for the IEC, the ANC and our constitutional democracy.

Now, our elections have mainly been free and fair since 1994, but they were also a foregone conclusion. Where the ANC was not a shoo-in, however, the IEC has been found wanting. In by-elections in eight wards in Tlokwe in the North West in 2013, independent candidates took the IEC to the ConCourt after numerous discrepancies in voter registration led to essentially fraudulent ANC victories. The independents won in the ConCourt.

The IEC had allowed widespread illegality: more than 1,000 people were registered in wards where they did not live and more than 300 had no proof of registration.

The ConCourt said: “What is troubling about this is that there is no explanation of how the incorrect registrations were made. Assume that the addresses given by these voters were inadequate, so that it was unclear in which voting district, and hence in which ward, they should be registered. Why then were they placed in the incorrect wards instead of the correct ones? Was that purely random? It would be surprising if it were.”

It is worth reflecting on what opposition party leaders said at the time of the judgment in December 2015 (with an eye to the fact that the 2016 elections were looming).

They were wrong, of course. We had free and fair elections in 2016 and 2019. That does not mean the IEC should be given a blank cheque — or that it should be regarded as without blemish.

The IEC’s leaders need to understand that it is not enough for the commission to be independent and trustworthy. It has to act and be seen to be independent and trustworthy. It is incumbent on the men and women who lead it to strain all the time to demonstrate that we have an institution that can be trusted and that will stand the strenuous test of these looming, fractious elections.

The stakes are higher than they have ever been in our history.

Get the Sunday Times Daily app or daily email newsletter