WORD IN THE HAND: SHAMEFACED

Emoji are shameless and could use more shame

A column to satisfy your inner grammar nerd 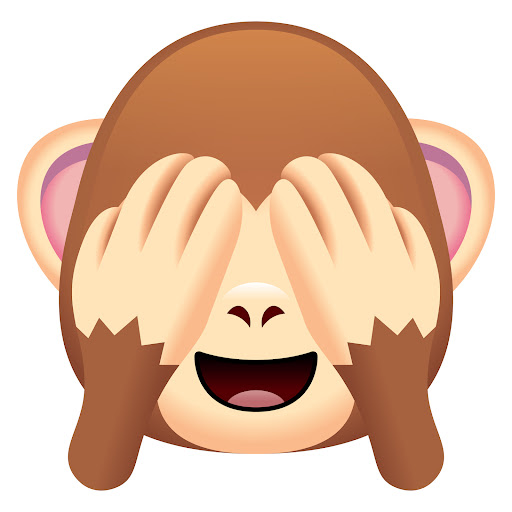 SHAMEFAST BOWLER Stating the obvious is an important asset in the sporting world.
Image: 123rf

So this week someone asked me why there isn’t a better embarrassed emoji, which I thought was a perfectly legitimate question.

There’s that shocked, big-eyed face which I interpret as “someone very shocked with big eyes” and there are two “blushing” emojis, with varying sizes of smile and fluttery eyelashes, which seem to me to say in a pleased sort of way: “Aw gee whiz, you mean ME?”

Then there is the hands-over-its-eyes (or mouth, or ears) monkey emoji, which doesn’t really speak of embarrassment. It says, according to the see-no-evil-etc trope: “I wish I’d never seen, heard or said that.”

OK, there might actually be something to be said for the hands-over-mouth vervet as a shamefaced emoji.

Shamefaced, incidentally, used to be spelt “shamefast” and meant, essentially, stuck in a swamp of embarrassment.

The expressions “stuck fast” and “hold fast” come from similar roots and have retained their archaic forms, despite it being counterintuitive that being stuck, or holding on tightly, should be linked to the word “fast”, which is generally associated with getting away as quickly as one can.

Be that as it may, English is a weird old bird of a language, and fast wasn’t always the speedy adjective we know it to be now.

To English speakers of their day, the evolution of shamefast into shamefaced was a horrific bastardisation, even though it makes far more sense to us today to say “shamefaced” and put our hands over our mouths when embarrassed.

Speaking of which, have you ever said something you wished you could take back? Some of us are horribly prone to these attacks. I find myself constantly insulting non-pregnant women, riling short-tempered dwarves, or simply sounding like a clot.

When it comes to clotness, the burning shame one feels after asking: “How long is the Midmar Mile?” is bad enough when just one person heard you say it. Making a donkey of yourself on radio or television must be far worse.

Recently I heard a radio host talk about “uninhibited islands”. Perhaps she meant those islands that brazenly push their peaks up out of the ocean due to tectonic shifts and volcanoes on the sea bed. Or the ones that shed their modest covering of palm trees and shake their pristine beaches in the faces of shipwrecked sailors.

Or perhaps she meant “uninhabited”. Perhaps it was a gaffe.

In the mouths of some commentators, redundancy becomes a necessity.

“Gaffe”, from the Old French, also means “boat hook”. Presumably it was associated with “blunder” when some fisherman accidentally impaled himself while trying to describe the size of the fish he’d speared.

A “blooper” is a verbal gaffe, originally used to describe radio interference (as in when a signal upsets another signal, not when your dog keeps changing the station).

Everyone loves a good blooper reel when the DVD credits have rolled and you’re not quite ready for bed, but the best bloopers, if you ask me, come from cricket commentators. Richie Benaud once said “That slow-motion replay doesn’t show how fast the ball was travelling” and “His throw went absolutely nowhere near where it was going”.

My theory is that these mangled phrases aren’t mistakes at all. You have to do something to liven up a match between Bangladesh and Sri Lanka. What could be more fun than taking words and polishing them against the seam of your trousers until you have a glowing new form of language?

In the mouths of some commentators, redundancy becomes a necessity. Jim Laker was a master. It’s hard to beat “Greig’s on eight, including two fours” or “An interesting morning, full of interest”.

Some have tried, among them Fred Trueman (“That was a tremendous six, the ball was still in the air as it went over the boundary”), Steve Brenkley (“Alderman knows that he’s either going to get a wicket, or he isn’t”), Don Mosey (“He’ll certainly want to start by getting off the mark”) and Trevor Bailey (“I don’t think he expected it, and that’s what caught him unaware”).

Stating the obvious is an important asset in the sporting world. “We gave it our best” and “the team pulled together” are predictable statements that comfort us and put the world to rights.

Imagine if the captain of a cricket or rugby team appeared on TV after the match and said: “The team was all over the place. We didn’t try at all. It was every man for himself out there.”

Now that would be a good reason for whoever is in charge of emoji-making to invent a seriously shamefaced emoji.