Collaborative effort required to stem scourge of vandalism in Bay 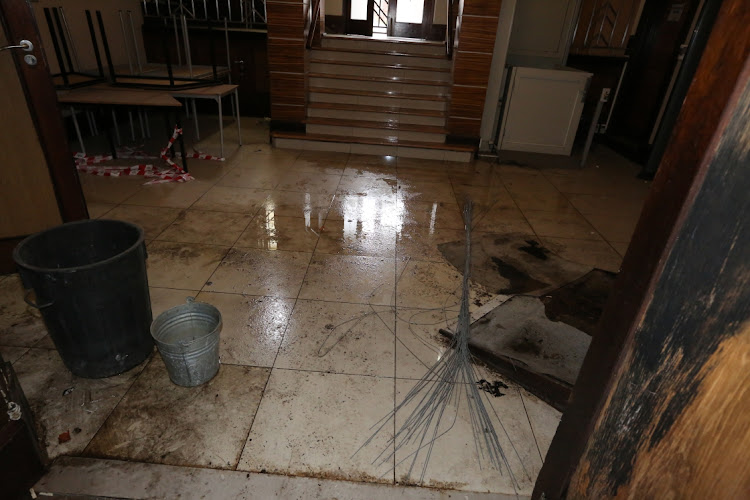 The old NMB council chamber building sustained massive damage after it was broken into and vandalized.
Image: Werner Hills

While not as extreme and violent as the recent waves of extreme vandalism that gripped Gauteng and KwaZulu-Natal last month  and resulted in the loss of lives and livelihoods, the systemic criminal acts of wanton destruction of private and public property in the metro  is a milder form of destruction.

The city’s vandalism crisis is cancerous and slowly but surely is suffocating economic growth and prosperity.

While our sister province cities were severely affected by politically motivated flashpoint events resulting in losses running into billions, the acts of vandalism unfolding in the metro have not really been collectively quantified over a period  of time to determine the true extent of the financial losses being suffered.

With the exception of the ongoing reports by The Herald which calls for a radical and intelligent intervention, the metro’s vandalism crisis does not appear to enjoy the same state of urgency from the city’s guardian institutes.

Concerningly, a lack of co-ordinated vision and response to the metro’s vandalism crisis ultimately comes at the cost of investment.

Several analysts commenting on the property destruction events in Gauteng and KwaZulu-Natal  rang the alarm bell that vandalism and destruction deter investment because it signals to business owners and potential investors that their assets are vulnerable and unsafe.

This also applies to the Nelson Mandela Bay metro. A critical area that requires robust discussion and further investigation is determining the root of the city’s vandalism crisis.

A brief survey of academic literature tells us that the disfigurement, defacement and destruction of private and public property happens for several reasons.

It often correlates with poverty and unemployment, but vandalism also takes place for attention-seeking, as acts of emotionally satisfying revenge, as expressions of anger and aggression, and for ideological expression.

With emphasis on the metro, there is also perhaps a possibility that the work of criminal syndicates is under way.

The Herald in an editorial postulated the decision of the insourcing of hundreds of security guards which promised to save the metro millions is a possible root cause and may be a contributing factor that is now resulting in losses running into the millions.

If the issue of the citywide vandalism is confined to juvenile criminals, it should be cause of great concern for ordinary citizens, law enforcement agencies and business owners.

Several studies by social science researches point out that the destruction of private and public property among youth often serve as a forerunner for more serious criminal behaviour.

While the unabated acts of vandalism are costing the city millions, they are creating a breeding ground for other forms of criminality in the future that will result in more losses.

Many thriving metropolises have in the past effectively dealt with issues of vandalism, and there are several lessons for the metro to draw inspiration from.

First, the start of many initiatives in cities should begin with establishing a measurement baseline of events and occurrences of vandalism.

It will therefore require a dedicated effort of data collection and research to establish patterns and practices, before the process of policy renewal and strategic intervention.

This requires a realisation that the issue of the city’s vandalism is co-owned.

Under this arrangement, collective ownership will allow various stakeholders to pool intellectual, financial and human resources to address the issue.

Third, it appears that many projects aimed at addressing vandalism have a grass roots origin in youth communities.

It therefore becomes crucial that youth development agencies are also part of constructing a meaningful solution to the problem, with emphasis on heat-mapped areas where vandalism proliferates.

The solution to the metro’s vandalism crisis is not exclusively the responsibility of a single individual or organisation whether in the private or public sector.

A united effort is required to extensively look at the issue through a critical lens and co-create partnerships and sustainable solutions that will protect against inner-city decay as a result of vandalism.