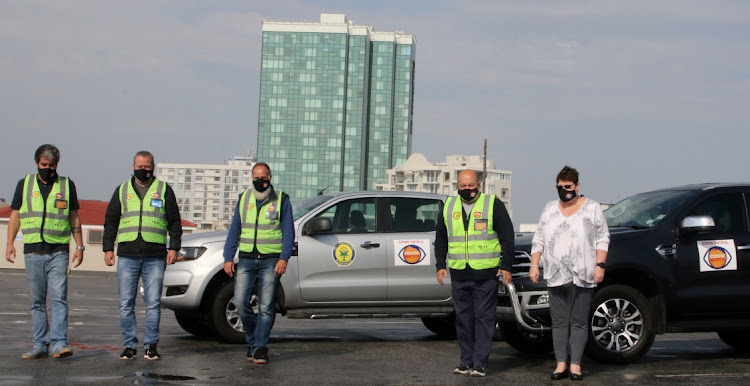 If you’re going to sleep at night comforted by the knowledge that someone is keeping a beady eye out for any suspicious activity in your neighbourhood, you are probably living in an area where there is a neighbourhood watch.

From the southern and western suburbs to the northern areas and townships across Gqeberha, concerned residents are volunteering their services to keep their areas safe from crime.

Most of the neighbourhood watches start off informally on WhatsApp community chat groups and with ordinary people taking to the streets in an effort to keep crime at bay, but they morph into more structured and formal groupings later.

These watch groups act as the eyes and ears of the overstretched and under-resourced police and are vital cogs in the wheels of community safety.

They work closely with the police and private security companies and carry the costs of the patrols themselves.

“We all know that our law enforcement agencies’ resources are spread thinly, so the importance of community security structures, like neighbourhood watches, are becoming clearer by the day,” Summerstrand Neighbourhood Watch chair Sean Tappan said.

“We try to pick up where the police can’t reach.”

Vice-chair Pieter Binsbergen said: “We are not naive in thinking we will eradicate crime, but we believe in taking baby steps to make our area a little safer.

“However, finding the right people who are willing to sacrifice their own time and resources for the safety of their community is the biggest challenge faced by neighbourhood watches across Nelson Mandela Bay.”

“On the one hand, we work hard to assist the police wherever we can and, on the other hand, criminals know where we are active.

“We are a major deterrent,” Graham said.

We must applaud these selfless volunteers citywide who give their time and carry the costs of keeping us safe.

But the safety of communities is everyone’s responsibility and we should all do our part.

Whether it is athletes keeping their eyes and ears open when they are out pounding the pavements or retirees at home during the day reporting suspicious activity in their areas, we all have a role to play.

For these watch groups to be effective, everyone needs to work together. And they need more patrollers ... just saying.