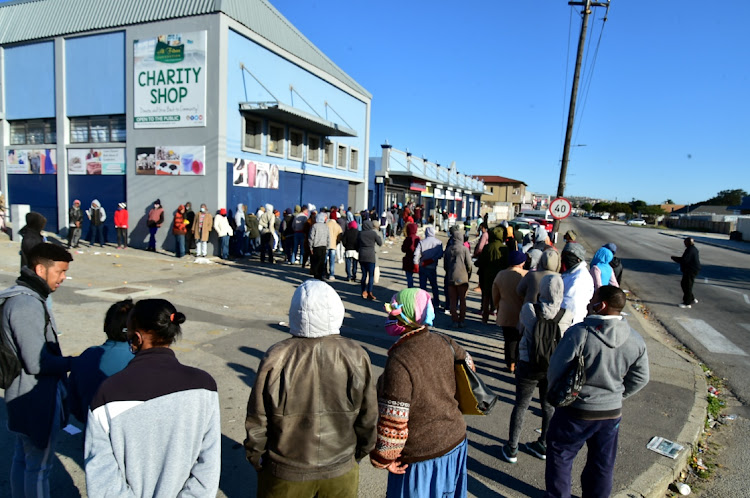 Applications for the R350 social relief of distress grant open on Friday and the government has indicated that its reintroduction, which will benefit about 9.5-million people, is likely a step towards SA getting a basic income grant.

This has elicited much reaction, positive and negative.

The reason for ushering in basic income support is easy to understand.

While SA already has a highly successful grant system for children and the elderly, millions of citizens between 18 and 59 live in grinding poverty with little chance of getting gainful employment and the large youth cohort is the most likely to be jobless.

The basic income grant was first mooted almost two decades ago as a way to address SA’s deep divisions and socioeconomic inequalities but, until recently, gained little traction with the government.

However, the economic fallout from Covid-19 has worsened endemic unemployment and poverty and the recent riots in KwaZulu-Natal and Gauteng highlighted the potential for severe social unrest.

Even in the economic good times, unemployment stubbornly persisted, not least because a vast number of citizens lack the skills needed by employers, do not have assets and live in areas which are economic backwaters.

This is unlikely to change any time soon.

A basic income grant would be a way of managing this hard reality. It would also benefit the economy as more people would have more to spend in more places.

Such a grant is likely to dent the repetitive cycle of poverty and reduce socially destructive behaviour, including crime.

It would also make existing grants more effective by decreasing the extent to which entire families live off pensions and child support, meaning money would be available for the wellbeing of the intended beneficiaries.

Additionally, just as extreme inequality is a threat to stability so guaranteed basic income can help build social cohesion.

However, critics warn SA cannot afford to spend more and its tiny tax base cannot be asked to carry yet another burden.

This means the government would have to trim its cloth accordingly and slash extravagance and waste, improve tax collection and take bold measures to shepherd economic growth, reduce the cost of living for citizens and offer a modern education system that includes technical and vocational streams.

There has not been any convincing indication that our government is capable of such decisive action.

SA cannot afford not to provide a basic income grant but it also cannot afford a government that does not simultaneously take the measures needed to set the country on an inclusive growth trajectory.