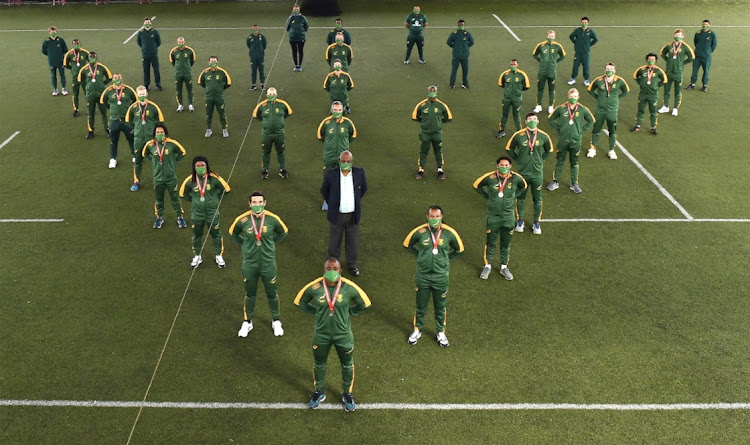 Japan has been a happy hunting ground for SA rugby in recent times and the Blitzboks sevens team are planning to extend that winning trend at the Olympic Games.

The Springboks secured their third World Cup title on Japanese soil in 2019, when they beat England in a dramatic final in Yokohama.

Now the Blitzboks are looking to emulate their countrymen in the 15-man code by lifting the sevens gold medal in Tokyo.

Though SA boast many individual medal hopefuls at the Toyko Olympics, the success-hungry Blitzboks are ranked near the top of any potential winners’ list.

The Blitzboks have a pedigree at the Games, having won bronze at the Rio Olympics in 2017.

This time, coach Neil Powell wants to go all the way and win the coveted gold.

SA’s dream of striking gold kicks off with a tough opener against Ireland at the Tokyo Stadium on July 26.

After facing Olympic debutants Ireland in their opening match, the Blitzboks square off against Kenya in the final game of day one action.

Powell’s team then renew their rivalry with the US in their final pool match on July 27.

The tournament starts with a clash between Rio 2016 Olympic champions Fiji and hosts Japan.

If the Blitzboks finish top of Pool C, they will face the team ending second in Pool A.

That could see a clash against either New Zealand, Australia or Argentina in the quarterfinals.

However, if the Blitzboks finish second in Pool C, they will meet the second-placed team in Pool B, likely to be either Fiji or Great Britain.

The Blitzboks could also qualify for the quarterfinals as the best or second-best third-placed team in the three pools.

SA will be spending a week in Kagoshima City before the event, where they will make final preparations for their gold medal assault.

Former Southern Kings and EP star Siviwe Soyizwapi will lead the Blitzboks in Japan as they bid to make history.

With 157 internationals under his belt, Soyizwapi has the wise leadership needed to help his team succeed in their medal quest.

It’s almost time for the Blitzboks to make Mzansi proud.