Wanton violence and destruction must end 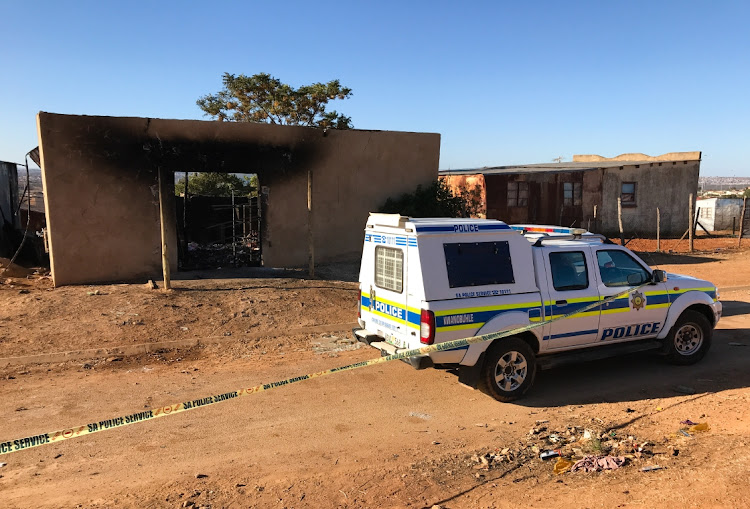 Damage caused by violence in KwaNobuhle at the weekend. At least four people were killed
Image: SUPPLIED

Businesses robbed and set alight and, in some cases, the owners and others killed,  and  “protesters” — too often a euphemism in SA for criminals —  blocking roads, looting and burning trucks and businesses and carelessly firing at people randomly.

In KwaNobuhle on Friday, four people died and two shops were set alight during a violent robbery spree by groups of armed thugs.

In one case, one of the alleged culprits was shot dead by his accomplices who opened fire during a scuffle between him and a shop owner they had robbed as he walked to his vehicle.

The owner was lucky to escape unhurt.

Just two hours later, a shop owner was killed and his business set alight in Golomi Street by an armed group of three.

A short while later, a shop in Bantom Street was robbed and the owner fatally wounded, and in Pilani Street, a young man died of smoke inhalation after his shop was torched by criminals.

The next day, a reporter and photographer came under fire while simply doing their jobs.

Thankfully, they were unhurt.

Meanwhile in Johannesburg and KwaZulu-Natal at the weekend, cars and trucks were torched, shops looted and shots fired at passing vehicles.

The reasons for the “protests” are immaterial, what matters is how the protesters conduct themselves.

No-one has a problem with people protesting peacefully to highlight issues they are dissatisfied with, but carrying weapons, looting, torching vehicles and buildings, vandalism and firing at innocents passing by have no place in protests.

It is then no longer a protest but pure criminality.

As President Cyril Ramaphosa said on Saturday: “The reasons being advanced by those protesting cannot be used to legitimise vandalism and public violence.”

The question to ask is who is in control, the police or the criminals?

The softly-softly approach is clearly not working and concerted action is needed to root out these criminals.

Where are the water cannons during the violent protests?

Where are the foot patrols in areas plagued by violent robberies?

Overseas tourists and investors are not going to want to visit, or invest in, a country characterised by daily protests and violence and seeming lawlessness.

So it is incumbent upon all of us to act.

The police, by stopping these violent protests in their tracks before they escalate and removing these soulless criminals from society, and the public, by identifying and reporting perpetrators to the authorities.