Zuma judgment a valuable lesson in any language 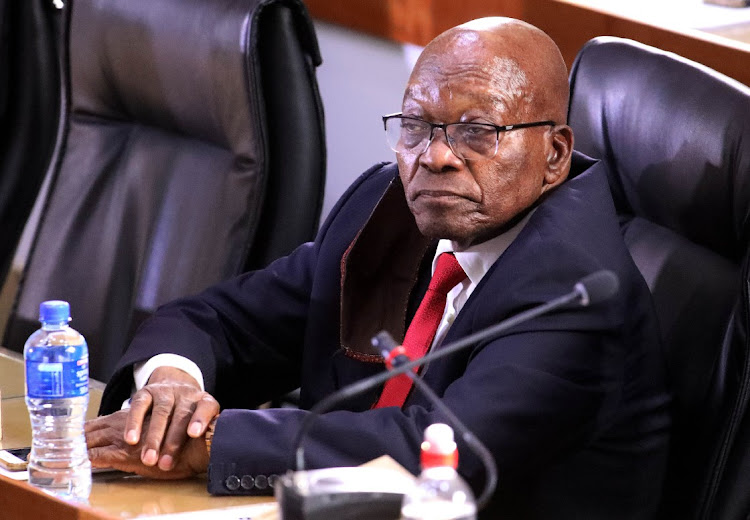 Every South African schoolchild learnt a big new word yesterday: accountability. It means being responsible for your actions. It translates as aanspreelikheid in Afrikaans or ukumela in Zulu and in Xhosa.

The word seeps through every aspect of our culture from religion (“the wages of sin is death”) to everyday aphorisms (“spare the rod and spoil the child”).

For a long time, we thought accountability only applied to ordinary people, not to those with money, fame, or political capital, like former presidents.

Until yesterday, when the highest court in the land sentenced former president Jacob Zuma to 15 months in prison for contempt of court, given as “a direct, unsuspended order of imprisonment”. That is the cold klap of accountability in winter and man, it stings.

Everybody is in shock. On our beloved African continent, presidents do not go to jail. They loot, plunder, massacre, and murder with (here’s another new word to teach the kids this week) impunity.

Some change their country’s constitution to declare themselves president for life. One built himself a multimillion-dollar presidential castle while another assumed the title Emperor. It is true, an African president had a Napoleon-styled coronation that cost his country’s entire GDP.

Another is reported to have died of a heart attack as he literally f****d himself into the afterlife experimenting with Viagra. More than one African president has been rumoured to eat his own people (here’s a third new word for the children, cannibalism).

Now and again the International Criminal Court of Justice hauls one of these misfits to The Hague for prosecution. SA actually protected one of these fugitives from justice when he came here strolling through Mzansi in 2015.

This kind of immunity is what Zuma was banking on. He refused a court order to show up and testify at the commission of inquiry into state capture which he himself had created. In the mind of this utterly corrupt and venal man, he was above the law. Zuma could not spell accountability, let alone understand it:

You are not going to like this, but we inherited some strong institutions from our horrible past, one of them being the courts where things like the rules of evidence and due process matter in making judgments. More than once, justice Sisi Khampepe makes the point in her considered judgment that the ruling was to protect the legitimacy of the court in the eyes of the people.

The new, democratic government made much of judicial authority with judges in charge of all kinds of official inquiries from the sport of cricket to university malfunction.

It must have hurt this African strongman once accused of raping a young black woman that his demise would come at the hands of two powerful black law women: the former public protector, now Prof Thuli Madonsela, who first led the investigation into the president and state capture, and the acting chief justice of the Constitutional Court, Khampepe, who issued Wednesday’s damning judgment. Justice 1, Race Card 0.

The next few days are going to be critical. Will Zuma show up at the Nkandla police station and hand himself over, as his daughter suggests he will do? Or will his operators continue to “study the judgment” (a discursive foil meaning to make urgent political plans before conceding defeat) and possibly “address the nation” as the JZ Foundation indicates might happen?

Regardless, the clown show is about to start. Call it Jansen’s rule: In SA, when a big man in politics faces the possibility of imprisonment, it is a matter of time before somebody promises death as a deterrent. It was Julius Malema who once declared that he would “kill for Zuma” when prison was a real likelihood for the beleaguered leader.

Right on cue, the former president’s son, Edward Zuma, declared this week that: “I will lay down my life for president Zuma. They will not take him while I am alive. They will have to kill me first.”

Right now, we need to keep small- and big-time crooks as alive as possible for further prosecution. With the Zuma judgment clinically delivered by Khampepe this week, SA scaled a very important political, cognitive, and emotional hurdle: that it is possible to send a larger-than-life, charismatic and (still) widely admired former president to prison for wrongdoing.

Let this judgment hasten the day that the crooks who ripped off the nation in Prasa, Eskom, and parliament make their way into the courts and slip into orange jumpsuits as soon as possible. Only then can we expect a long-suffering nation to believe, once again, in the promise of SA.

In the meantime, it is the task of every teacher to teach our children as next generation leaders the full import of this moment: that for our democracy to survive its leaders, like everyone else, are accountable for their actions.