Yoliswa Lumka | Why students need sport and camaraderie more than ever 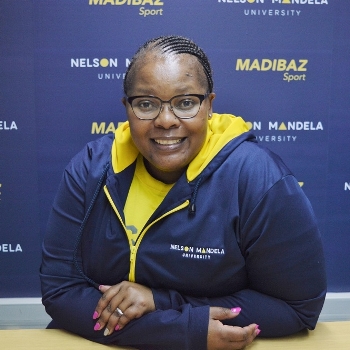 Sport forms a critical component of SA's social fabric and is recognised as one of the key pillars of nation building.

Whether one actively participates in or merely supports any sporting activity, the game provides an escape mechanism from some of the harsh realities of personal and societal life.

In areas afflicted by severe socioeconomic challenges, sport and other recreational undertakings have served as a healthy alternative, particularly to young people, assisting them in circumventing disreputable social activities such as substance abuse.

Likewise, we have seen how sport has served as a vehicle for escaping the ravages of the triple challenges of unemployment, poverty and inequality — as demonstrated by some of our sporting heroes and their journeys from dusty makeshift fields or courts to the world’s greatest sporting stages.

Consequently, the importance of sport in society cannot be undervalued as it has been a lifesaver for many families.

Sport is, by nature, social and interactive.

Sadly, this goes against one of the big Covid-19 regulations, which prescribes social and physical distancing as a precaution, and social isolation on confirmation of infection.

Within the university community, where sport is an integral component in the holistic development of students through extra-curricular activities, the psychological impact of the absence of sport initially and the social aspect of sports in general are devastating.

Sport and physical activities are critical to the biological and physical systems of the body, and massively benefit mental and emotional wellbeing as an outlet.

Therefore, it is important to maintain an active recreational or competitive lifestyle — especially if a person is located in a relatively confined space on university campuses.

It is particularly vital, especially during this period, given the overall restrictions to movement and the need to release pent-up tensions.

The pandemic and its ripple effects, which resulted in the complete suspension of all sporting activities during the lockdown, have had a huge psychological impact on students.

This, in addition to the learning, teaching and other changes presented by the pandemic in the academic space, has affected the mental and emotional wellbeing of students.

Since the advent of the pandemic and lockdown restrictions, the Nelson Mandela University’s student wellness centre conducted numerous virtual consultations with the student community.

Students, much like the general population, have also been grappling with a myriad of psychosocial challenges as a direct consequence of the pandemic.

Beyond the present medical issues, bereavements and associated trauma, there is an emergence of long-standing traumas that the social isolation of this period has brought to a head.

Thankfully, while various sporting codes have resumed across the country, the change in the circumstances under which sport is played and enjoyed by fans or spectators has also required psychological adjustment.

The recently held Varsity Cup is one example.

Under normal circumstances, students would converge at stadiums in their numbers, clad in their respective support regalia to support and cheer on their teams.

The benefits of this congregation “gees” to their overall camaraderie cannot be quantified.

Instead, the national tournament took place under rather strict bio-bubble conditions, where players, coaches and the limited support staff were essentially locked down at the University of Pretoria.

Such stellar attempts at the resumption of sport are commendable and are being replicated as we also resume certain codes institutionally.

This, in a bid to curb the apparent cabin fever experienced by students.

It is understandable, therefore, that there would be a degree of restlessness in the system, which we hope the gradual resumption of sport can alleviate.

To date, most of the Madibaz team sports, such as rugby, football, hockey and netball, are active, with league fixtures, practices and games under way, albeit under tight controls.

A few other sporting codes, such as squash and tennis, are also playing fixtures in similar safe conditions.

The South Campus Gym is also open in compliance with strict Covid-19 regulations.

Of concern, however, is the looming third wave of Covid-19 infections, which has already resulted in the cancellation of all contact sporting activities at school level.

For the university, the impact is on the home and away fixtures that the various team sports are involved in.

While we have deliberately ensured the health and safety of our student athletes throughout our facilities, we still need to remain vigilant.

It is in our hands to ensure that the requisite health and safety protocols are adhered to in sporting facilities, and towards the continuation of sports.

It would be extremely challenging to go another couple of months with an imposed ban on sports, given the extended psychosocial impact this will have on young people.