SA too ready to believe the lies 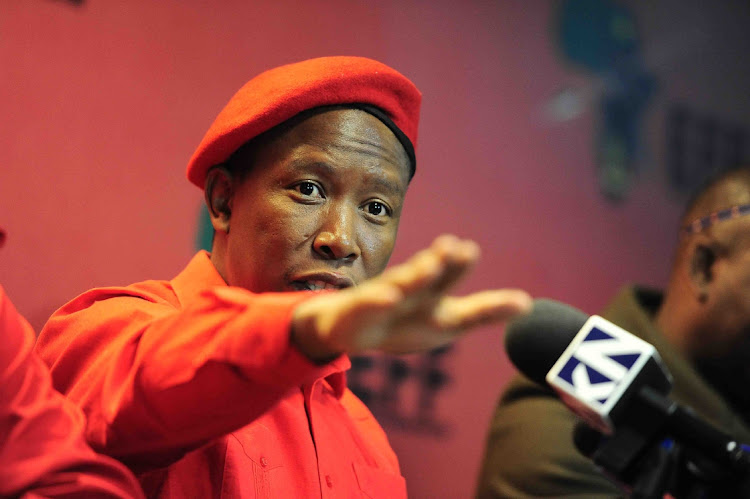 The reality of SA is right in front of us. We just have to stop believing the snake oil salesmen who are trying to deceive us with lies to divert us from the truth.

First, there is no evidence of any record-breaking babies. There are no medical professionals, no medical institutions, no official bodies which have confirmed that they are treating a patient who has given birth to ten babies. A self-respecting junior reporter would not have touched such a story with a barge pole. A half-decent news editor would have thrown it out. A real editor would fire anyone who presented such a thin piece of work.

Yet, in SA, a proprietor of a news corporation believes this cock-and-bull story that is completely lacking in evidence.

We should not be shocked by such mendacity or gullibility. This is a country of alternative universes, a place where politicians and their friends create false narratives and cling to them no matter what. This is a country where a millionaire businessman has no qualms about calling a press conference and declaring that something as bogus as the “White Boy Spiritual Trust” has given money to SA to solve its problems. He cannot see a scam when it’s staring him in the face.

We are a country of scammers and the scammed. We no longer demand proof. We just take the lies and swallow them whole. No wonder fake prophets such as “pastor” Shepherd Bushiri prosper in our country. We are begging to be scammed.

And boy, we are scammed.

Remember how EFF leaders Julius Malema and Floyd Shivambu menaced reporters, calling them witches and all sorts of other wicked and libellous names, when it was first revealed that they had benefited from the looting of VBS Mutual Bank?

Well, last week it was revealed that Floyd’s brother Brian, who was the conduit for the money to the two leaders, had signed a secret contract admitting to having received R4.55m in VBS Mutual Bank  loot for no legitimate reason. Let me say that again: R4.55m just landed in his account and evidence has showed some of it being funnelled to the two political leaders. Now the younger Shivambu has pledged to pay the money back.

The truth was always there in front of us because the forensic evidence was presented by reporter Pauli van Wyk and others. Yet the EFF zombies joined their leaders in vilifying the reporters. Facts don’t lie. Ask Brian Shivambu. That’s why he signed that he would pay back the money.

Some time back the same Independent Newspapers that has given us the ten bambinos published a sensational story alleging that billionaire businessman Johann Rupert had given President Cyril Ramaphosa “a marching order” (sic). It said Rupert had instructed the president “to toe the line and fire Ace Magashule”.

The story emanated from a single anonymous source. There was no corroborating evidence, source or even rebuttals from those so seriously maligned. Some anonymous person had whispered this in the reporter’s ear and, at Independent Newspapers, it was a story worth publishing. One wonders what this firm, paid R20m by the National Intelligence Agency, taught those poor spies — how to make it up, perhaps? Or was that just a bribe?

The tragedy is of course that we live in a country and a world where lies and demagoguery have come very close to the centre of politics. In the US, Donald Trump rose to power on lies ranging from saying that Barack Obama was not American to numerous other calumnies, all without a shred of evidence. In his four years in office he cut a swathe of lies through the world without ever producing evidence, including saying the election he lost comprehensively was stolen.

Last week Malema accused public enterprises minister Pravin Gordhan and the CASAC non-governmental organisation of being part of an Indian cabal. Where is the evidence? There isn’t any. Yet his zombie followers have seized on this lie.

Jacob Zuma has for decades now peddled rumours that some of his comrades in the struggle against apartheid were apartheid spies. He has alleged that there is a plot to put him in jail. Yet, even when he was in charge of the country’s spy agencies or when he is faced with trial, he has produced not a single piece of evidence of these spies and plots. He just lies.

So here’s the thing. From non-existent babies to rogue units to Indian cabals to Stellenbosch mafias to coup plots against Zuma, it’s all the same. It is false narratives produced by those who are finally being exposed, trying to divert people from the truth. Don’t be fooled. Ask questions. Demand proof. Demand answers.

Follow the science and the facts, not some demagogue with a loud mouth, a cheap suit and a single-source story.