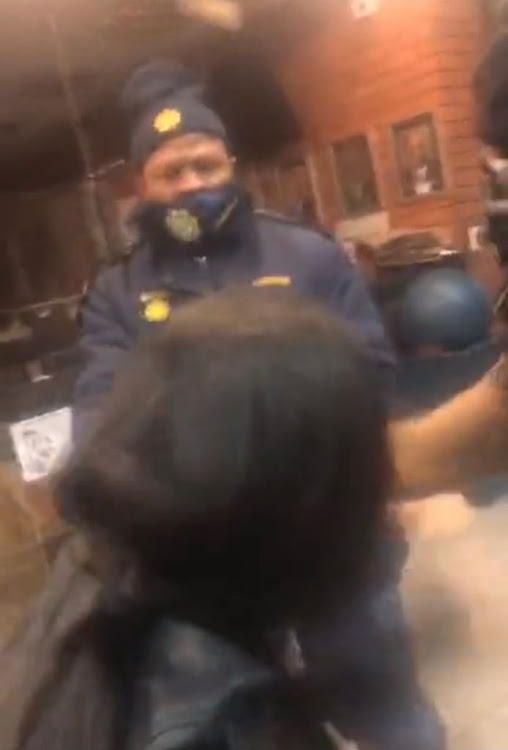 THE SCENE: A group of women say they were manhandled and thrown out of the Motherwell police station, where they had attempted to report a hijacking on Friday night
Image: Facebook

In a week that has dished up a few nuggets of good news — the ceiling on self-generated electricity raised from 1MW to 100MW, a 51% stake in beleaguered SAA sold to a private consortium and an extradition treaty between SA and the UAE, where the Guptas are believed to be hiding out, coming into force in July — some  disturbing events in the Bay have caused ripples of concern.

In Walmer, a defenceless 87-year-old man was stabbed to death during a house invasion in which the brazen robbers conned a locksmith into unlocking the door for them.

We also learnt that natural “afro” hair was still a problem at some schools, with one pupil allegedly mocked and ridiculed for wearing her hair in its natural style.

Most disturbing of all, however, are allegations that a group of young girls who were hijacked in Motherwell were manhandled and thrown out of a police station after pleading with the cops inside to give them a lift home.

The girls apparently live in Summerstrand.

The e-hailing taxi they were in was hijacked at gunpoint at the weekend and their wallets were taken, leaving them without the means to get home.

While we will not know what actually happened until the matter has been thoroughly investigated, a video doing the rounds on social media shows things getting heated inside the police station, with the girls being pushed out the building and the security gates seemingly locked behind them, leaving them exposed and vulnerable in the dark of the night in an area in which they had just fallen victim to criminals.

The girls claim they were verbally abused, physically assaulted and pepper-sprayed.

Whatever the truth of the matter may be, it is clear the girls were forced out of the police station and locked out.

What preceded it still needs to be established, but questions must be asked about the way in which alleged crime victims were treated in a place in which they should have felt safe.

And how they could have been left, with no money and therefore no means of paying for another taxi, to find their own way home late at night.

Perhaps the focus should now switch to our police minister and an overhaul of our police service to ensure we not only have competent, but also compassionate, people dealing with victims of crime.