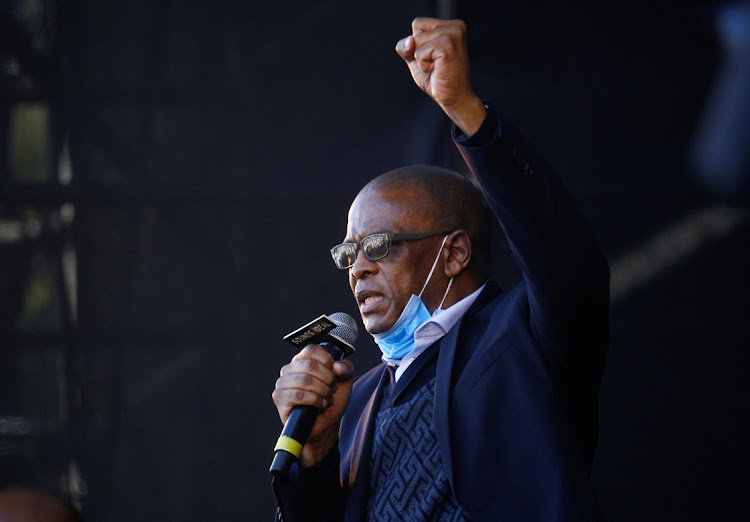 Suspended ANC secretary-general Ace Magashule attempted to suspend President Cyril Ramaphosa from the ANC in turn in “vengeful retaliation” for his party’s suspension of him, deputy secretary-general Jessie Duarte says in an affidavit responding to Magashule’s court bid to have him reinstated to his post.

The ANC has taken a hard line against Magashule, on Monday initiating a disciplinary process against him after he defied his suspension conditions through mobilising support and addressing party meetings.

In the meantime, Magashule is fighting that suspension in court. He applied to the high court to have it set aside and asked the court to uphold his own suspension of Ramaphosa. Magashule was given 30 days to step aside due the corruption charges he faced, but did not do so. He was therefore suspended in line with the ANC constitution, but refused to accept this. Instead, he penned a letter suspending Ramaphosa and publicly announced that he was doing so.

In her response, on behalf of the ANC and on her own behalf, to his high court application, Duarte — who signed Magashule’s suspension letter after an instruction from the party’s NWC — says Magashule “trivialised” the criminal charges he faced in his court application.

She says the charges of fraud, corruption and money laundering related to a R255m Free State asbestos contract against Magashule are serious and that his assertion that the charges are frivolous is untrue. If the charges against him were to be proven, he would be deemed unfit to lead in the ANC, she says.

She adds that there is no crisis in the country or economic instability caused by Magashule’s suspension from the party, as it is a matter relating to an individual.

She also says that the step-aside rule is not punitive in nature, but rather preventive, intended to allow accused persons time and space to defend themselves against criminal charges and spare the image of the ANC.

“[It is] designed to serve the best interests of the ANC, by suspending people whose integrity has been cast in doubt, pending a process that follows in court proceedings,” she says.

“It is a private contract between the members of the ANC. The powers it confers on the ANC structures and officials are contractual powers and not public powers.”

Duarte also pours cold water on Magashule’s allegation that his suspension is part of a “purge” by Ramaphosa and his backers of all those who did not support him at the ANC’s national elective conference in Nasrec. She denies that the step-aside rule is factional and says that many others have stepped aside, even though they supported Ramaphosa at the conference.

Interestingly, Duarte dispels another nugget of misinformation spread widely by Magashule backers — she says that because his suspension  it is not punitive he does not have a right to appeal against it.

Meanwhile, Magashule again appeared in support of former president Jacob Zuma outside the Pietermaritzburg Magistrate’s Court, but this time around he toned down his defiant rhetoric. He kept his address short and said he was not hijacking the platform to support his own cause, but was rather there to support Zuma.

This was after Zuma had chastised Magashule and his backers at his previous court appearance two weeks ago for using the platform to fight their own battles with the ANC. It is an early sign of cracks in the embattled faction of the ANC composed of those who allegedly enabled and participated in the capture of the state and grand corruption during Zuma’s tenure.